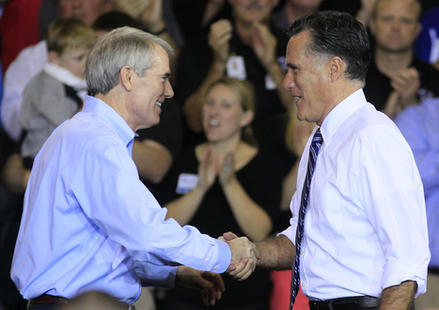 Check out Mitt 2016? Many Looking to Romney to "Save" Republican Party with Candidacy for more information on this topic.

Mitt Romney said he's still being encouraged to run for president in 2016, even by a fellow Republican candidate already in the race.

"Every day I get a call or letters," Romney told the Washington Post. "I go to church, I get harangued at church. 'Oh, you've got to run!' Look, I had one person who was running for president, and I won't give you the name."

That person, Romney told the newspaper, "called me and said, 'I hope you don't close the door. We may need you.' That's a person running for president! A candidate. A Republican. I'm not giving it a second thought."