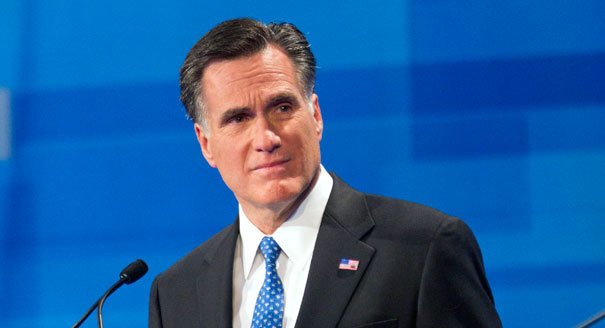 Former presidential candidate Mitt Romney, arguably the most prominent Mormon in politics today, addressed a crowd of college students and reporters at the University of Utah on Thursday morning in a speech that could shape the future of the upcoming presidential election.

Romney quickly put to rest any rumors of his own presidential bid or of his endorsing a presidential candidate. Instead, he took the opportunity to warn the American people about the dangers he sees in the upcoming election, speaking out strongly against both the Republican front-runner Donald Trump and the Democratic front-runner Hilary Clinton.

Trump, who currently carries a commanding delegate lead over Sen. Ted Cruz (R-Texas) and Sen. Marco Rubio (R-Florida), has run one of the most polarizing campaigns in American political history. Today, Romney used his considerable platform to plead with the American people not to elect Trump.

Romney hearkened back to a speech made by Ronald Reagan in 1964, just days before a presidential election. Reagan saw the election as a "time for choosing."

"[Reagan] saw two paths for America," Romney said, "one that embraced conservative principles dedicated to lifting people out of poverty and helping create opportunity for all, and the other, an oppressive government that would lead America down a darker, less free path."

Romney called the upcoming election "another time for choosing, one that will have profound consequences for the Republican Party and, more importantly, the country." With that introduction, he then turned to Donald Trump, calling him a "phony" and a "fraud."

At the height of his attack, Romney called Trump's policies "not serious," but the positions he does have, Romney said, are dangerous and reckless. "Trump says he admires Vladimir Putin, while he has called George W. Bush a liar," Romney said. "That is a twisted example of evil trumping good."

But Romney did not limit his criticism to one candidate. Romney pointed to many of Clinton's past scandals, saying that "a person as dishonest and untrustworthy as Hillary Clinton must not become president . . . but a Trump nomination enables her victory."

Ultimately, Romney said, changes need to be made, yet he provided little direction as to where Americans can turn, aside from encouraging them not to vote for Trump or Clinton.

Romney's speech was the #1 trending topic on Twitter this morning and will no doubt carry influence as each party seeks to nominate a future presidential candidate.