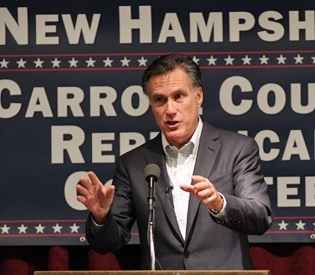 The unemployment rate has just fallen one-tenth of a percent, from 9 percent to 8.9 percent. Of course, it is indeed progress, and it is being celebrated in the White House as such. But the celebrations bring to mind what a wit once said: An “acceptable” level of unemployment means that the government economist to whom it is acceptable still has a job. Today, as we move into the third year of the Obama administration, we do not have anything resembling even such an “acceptable” level of unemployment. Far from it. As of this month, 14 million Americans can’t find work.

When Ronald Reagan ran for president in 1980, he hung the Misery Index around Jimmy Carter’s neck. It consisted of the sum total of unemployment and inflation. Today, we have a different set of ailments. Instead of unemployment coupled with inflation, we have a toxic blend of unemployment, debt, home foreclosures, and bankruptcies. Their sum total is what we can call the Obama Misery Index. It is at a record high; indeed, it makes even the malaise of the Carter years look like a boom. Unemployment has fallen, but it’s fallen to a level that is still, by any historical marker, a national disaster. To suggest it as an achievement is to engage in what Daniel Patrick Moynihan famously called “defining deviancy down.”

Where should we go from here? Having spent my career in the private sector, I know a thing or two about how jobs are created and how they are lost. The most important lesson I learned is that there are three rules of every successful turnaround: focus, focus, and focus. Turnarounds work when the leader focuses on what’s most important. President Obama did just the opposite: he delegated the jobs crisis to Nancy Pelosi and Harry Reid and he went to work on his own priorities, like cap and trade and government-run health care.
Read the rest of this story at bostonherald.com