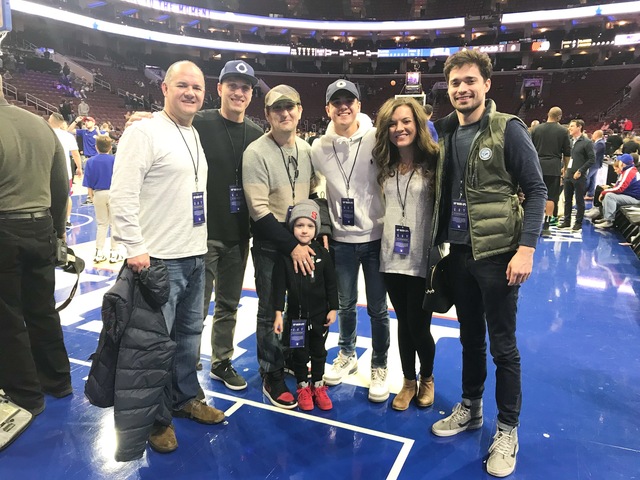 Morgan Jones: When a friend asked me how I learned a woman's worth

Last week I was asked a question by a friend: “What did your parents do to teach you to tolerate nothing less than respect from men?”

She explained that she and her husband had been talking about how my sisters and I have always been selective in who we dated (and who they married) and she wanted to know why. I was a little caught off guard and didn’t quite know how to reply at first, but then a memory entered my mind. When I was about 5 years old, my dad promised one weekend that he would take me to a place called DZ Discovery Zone, which was a giant play place with mazes, slides, and games—in short, a little kid’s dream. I was really looking forward to it, but then the day we were supposed to go, my uncle Chad showed up at my house with a different proposition, and I thought for sure he had come to spoil my fun. 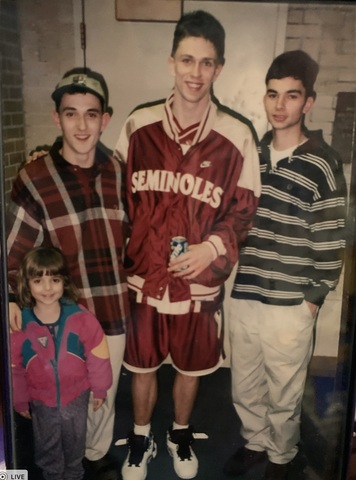 Chad is just 12 years older than me, so we have always been more like siblings than uncle and niece. A diehard sports fan like my dad, Chad had gotten tickets to the Florida State vs. Duke game at the Cameron Indoor Stadium, and he wanted my dad to go with him to the game. I just knew that was the end of our DZ Discovery day, but I will never forget what happened next. I heard my dad explain to my uncle that he had made a promise to me and that he couldn’t break that promise. My uncle then said that they had one more ticket to the game and they could bring me to the game too. Instead of immediately committing, I remember my dad coming into my bedroom and sitting me down. He explained that we could still go to DZ Discovery Zone if I wanted to, but that Chad had an extra ticket to the game and that it might be fun to all go together. He made it very clear that it was my choice.

I’ve always joked that that night was the night I became a sports junkie. But as I answered my friend’s question about respect, a flood of memories came back to me. I remembered laughing all the way to the game with my dad, my uncle, and our cousin. I remembered them making me feel like I belonged the whole night. I remembered how we met Florida State’s best player after the game and got a picture with him that hung on my uncle’s wall for years afterward. I remembered how they never made it seem like they had to take me to the game but were so glad I was the person who had taken the fourth ticket.

As these memories came back to me, I realized that the biggest takeaway from that night was that good men keep their promises. Good men treat you like you matter and help you see your worth. And when a man loves you, they treat you with complete respect.

This was not an isolated incident in my life. I am the daughter of a man who has always kept his promises to me, and I am the niece of a boy (now a man) who always treated me like I mattered and was important. In the years since, a love for sports is something we have shared together. We have watched countless games, made incredible memories together, and I have never been treated with anything but respect.

The day after this conversation with my friend, I had the opportunity to record a podcast with S. Michael Wilcox, PhD. Wilcox lost his wife after an inoperable brain tumor took her life 10 years ago, and I don’t know that I have ever met a man who loves a woman quite as much as he loves his wife. After the interview, Wilcox gave us a tour of his home. As a world traveler, he has souvenirs and artwork that he has collected from all over the world. I wished I had been filming the entire tour as he showed me Turkish rugs and explained how you can tell if they are really handmade. “You look for imperfections,” he said. “There is authenticity in imperfection.” He pointed out a painting that hangs on his wall of the Savior visiting people in Russia. He said we of course have no account of Christ visiting people in Russia but if we are comfortable with the idea of Him visiting the Americas, who else might He have visited?

But my favorite thing Wilcox showed me was a page of scripture that hangs on his wall, the page that tells the story of Jacob working seven years for Rachel’s hand in marriage. Wilcox writes about his love for this story in his book, Sunset: On the Passing of Those We Love.

“With all respect to Shakespeare, Austen, and all the other great authors, there is no love story in literature that can match that of Jacob and Rachel, and I have favored it since my youth,” he writes before telling the Biblical story that many of us are familiar with. He goes on to say, “I often wonder what Rachel thought during those seven years, as season by season she watched Jacob working with the flocks—knowing that every hour, every day was all for her. Seven long years.”

He continues, “The story of Jacob’s seven years of service for Rachel ends with what is surely the most romantic sentence in all literature, more powerful because the sentiment and the story are true. ‘And they seemed unto him but a few days, for the love he had to her.’”

Wilcox showed me that very verse on the page of scripture that hangs on his wall and asked me, “What does that mean to you?” I told him I thought it meant that the time went by fast because of how much he loved Rachel and he said, “That’s what I always thought it meant too, but I think he is also saying he knew he got a bargain. Seven years were a bargain for Rachel.” Wilcox then said, “Women have to know their worth.” 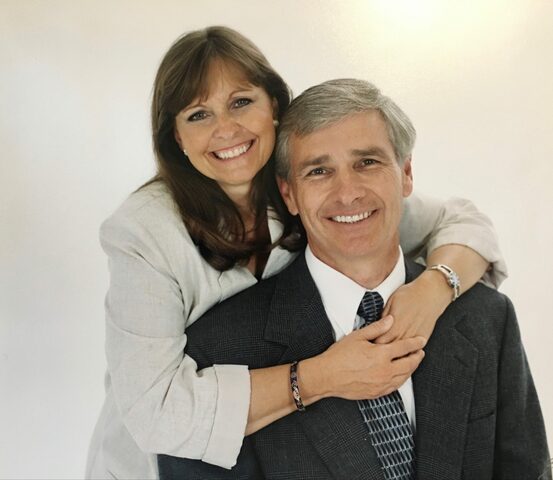 On the dedication page of his newest book, What Seek Ye, Wilcox writes a tribute to his wife. It is so subtle that if you aren’t looking for it, you might flip right past it without noticing. It reads, “For My Rachel—# Seven.” When his wife Laurie passed away, Wilcox made a promise that he would write seven books in her honor. This book was the seventh.

Laurie has passed on from this life to the next and yet, her husband is still trying to show her that he knows and understands her worth by keeping his promises.

When we love someone and value a relationship, when we want someone to know just how much they are worth to us, we keep our promises. You may feel like your daughter or niece is too young to even notice, but I realized this week that this moment in my life carried with it greater significance than my dad could have imagined in the moment. These small and simple interactions help others see that we recognize their worth, which we know is “great in the sight of God” (Doctrine and Covenants 18:10). And understanding that worth? That alone can make all the difference as we face countless decisions with confidence knowing that someone loves us and thinks we are wonderful.

When Michael Wilcox’s wife, Laurie, was diagnosed with an inoperable brain tumor that would ultimately take her life, he began keeping a journal to record what he was learning about living, loving, and grieving. Although at the time he was not intending that it would ever be published, he gradually came to recognize our “sacred covenant to share our burdens, our mourning, our comforts, and our witnesses.” The lessons he offers in this thoughtful and sensitive book are more than a chronicle of his own journey; they are important reminders to all of us to cherish every day we have with the people we love, to treasure the gift of our mortality, and to turn to the Lord in all our trials. Available now at DeseretBook.com.