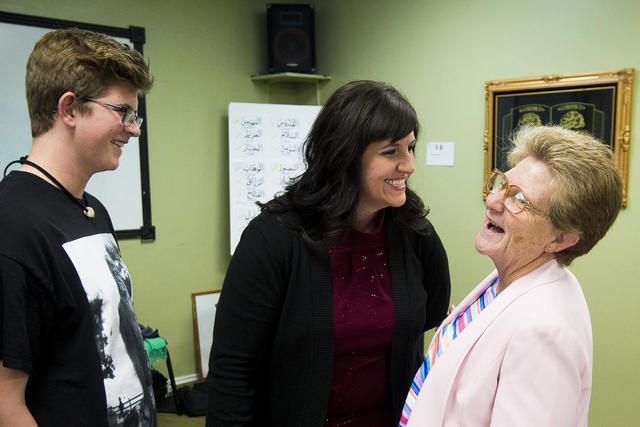 Mormon Grandma Becomes "Mother to 550" While Caring for Refugees

"It's just been natural for me my whole life to bring people in, to love them, to let them know that they are cared about. Everybody needs to know they're loved and they're worth loving," Lisa Campbell says.

The 53-year-old EMT and certified disaster relief coordinator is the manager of Oinofyta Refugee Camp near Athens, Greece.

Most Oinofyta residents — 94 percent — are from Afghanistan. In their former lives they were actors, doctors, computer scientists, lawyers, policemen, genealogists, engineers, plumbers, shopkeepers, and shepherds. They include men, women and children, such as 4-year-old Mustafa with his Coke-bottle glasses, and a young couple who had to flee the Taliban after marrying for love and had their first child in the camp. Some at the camp are translators who worked for the United States military in Afghanistan at great personal risk and were promised help in return, but have now been told they will not be granted visas.

Campbell has worked in disaster relief for 25 years. A military daughter and military wife, she has moved an average of every two years, living in 11 states and three countries. Now a grandmother of six, she lives in Virginia with her husband of 34 years, but for the past 10 months has been based at the camp in Greece.