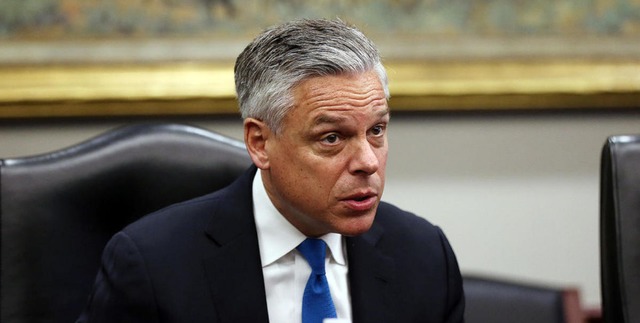 Mormon Politician "in Discussions" to Become U.S. Ambassador to Russia

After serving as the ambassador to China during President Obama's administration, Jon Huntsman Jr. might serve as an ambassador to Russia.

Just a day earlier, the Wall Street Journal reported that Huntsman was under considered for the No. 2 spot at the U.S. State Department, deputy to Secretary of State Rex Tillerson.

He was also on Trump's list of secretary of state candidates, along with 2012 Republican presidential nominee Mitt Romney and others.