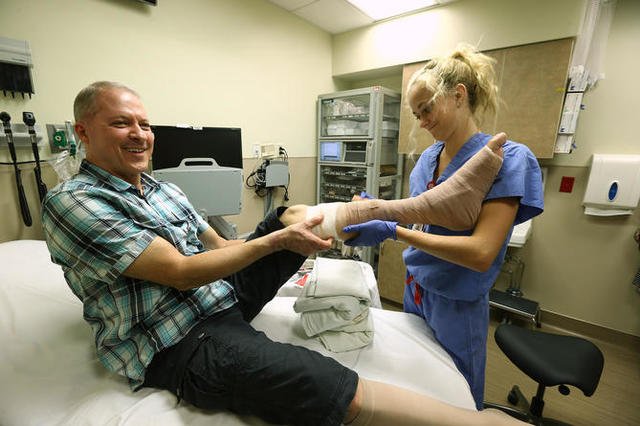 Remarkably, Richard Norby said he has had a complete lack of pain since the moment a terrorist bomb at the Brussels airport burned and broke his body. He and his wife, Pam, have exhibited no lack of faith as he has worked his way back to walking again.

Richard Norby knew exactly what had happened as soon as the first terrorist bomb exploded. Blasted to the floor of the Brussels airport, frustration gripped the Mormon missionary.

He yelled into the smoke and haze. "We're just here to send a missionary off!"

A second bomb burst, sending large ceiling tiles raining down all around the 66-year-old Utahn. People screamed as they ran past him. He jumped up to join them, to run for safety. He fell on his face.

He tried again. Again he fell on his face. He looked down. His left foot was broken. His left leg was broken. He looked at his hands. He thought they were covered in flaky and stringy black soot. He tried to pull it off. He stopped when he realized it wasn't soot. It was his own burned skin.