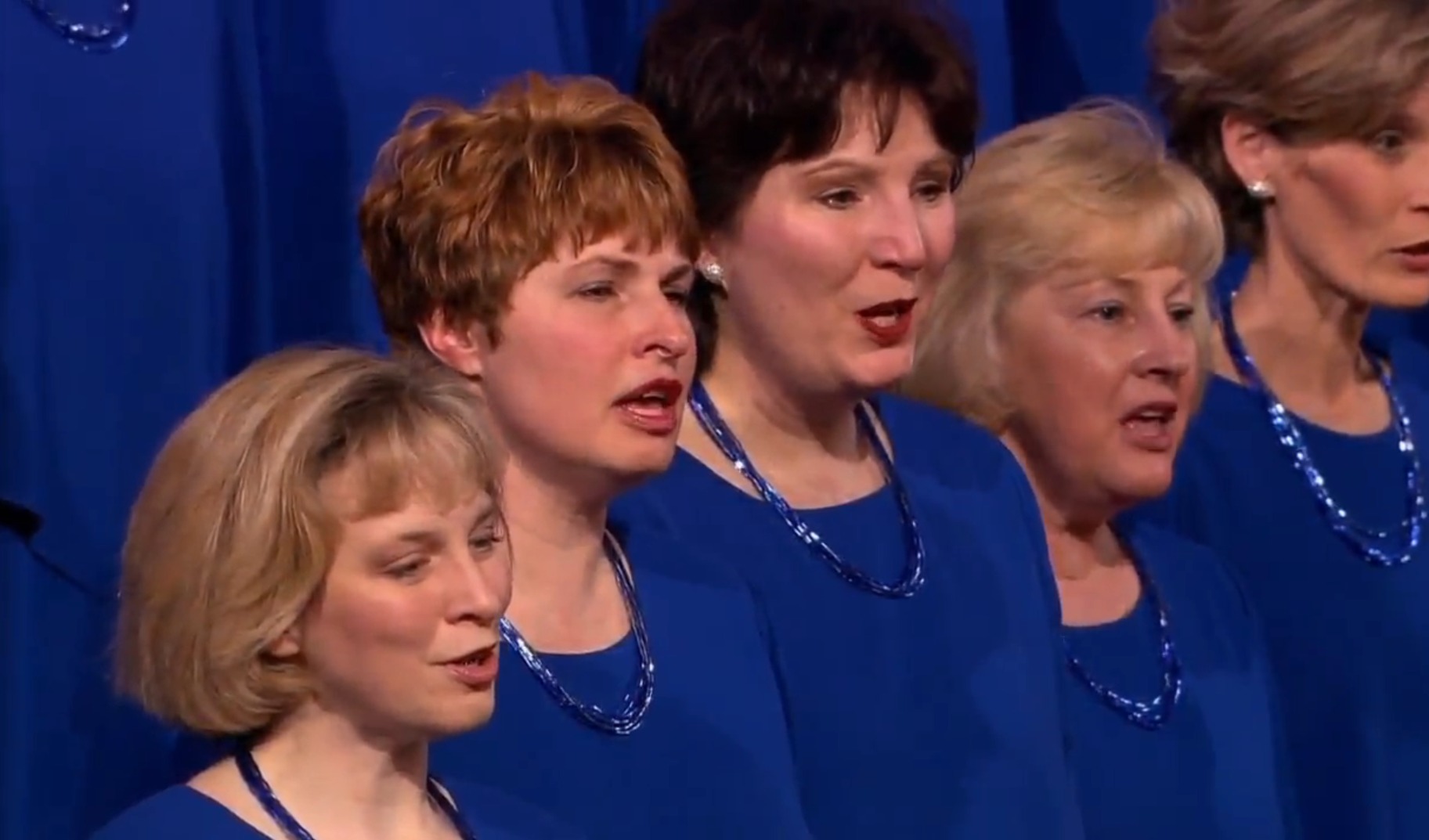 But in particular, note the sequins on the left dress. Though understated because of their color, the little bit of sparkle is a first for the choir.

Though not worn for most concerts, this is the men's formal wear, reserved for very special occasions.

Like the sequined black dress from the 2000s era, these blue dresses from 2012 also feature embroidery around the neck line, though without as much sparkle.

This special lilac dress was worn during an episode of Music and the Spoken Word in 2013.

With the men in complimenting suits and ties, the bright burgendy and sparkling beads make this year's wardrobe the pinnacle of the evolution of the lady Choir members' look.

This is what the choir wore at October 2014 morning session of general conference. 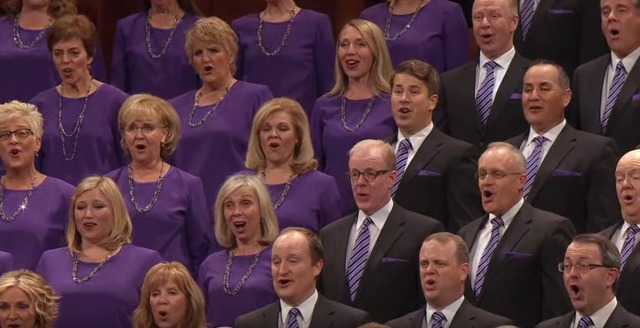 What the choir wore during the Saturday morning session of this general conference.