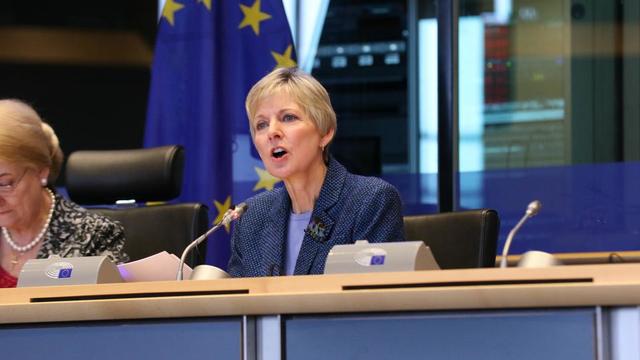 “Empowering women should be a priority for all, because they are a potent force for creating a society where peace, religious freedom, and human rights can truly thrive,” Sister Jean Bingham said at the European Parliament in Brussels on Thursday.

The general president of the women’s organization of The Church of Jesus Christ of Latter-day Saints spoke at the European Parliament in Brussels on Thursday, 9 November 2017. Sister Jean B. Bingham addressed an audience of scholars and dignitaries at the “Women in Faith: A Freedom of religion or belief perspective” conference. The event was hosted by Anna Záborská, member of the European Parliament, in partnership with the European Union Office of the Church.

“Instead of governments compelling what women do, how to do it, and when to do it, we must make sure their human rights—including their right to the religious beliefs of their choice—are respected,” said Sister Bingham, head of the Church’s Relief Society. She was accompanied by Sister Sharon Eubank, first counselor to Sister Bingham in the Relief Society general presidency and director of LDS Charities, the humanitarian arm of the Church.

In many countries around the world, people are persecuted for their religious convictions or beliefs. Where this happens, women and girls are often targets of indiscriminate violence or forms of punishment. In her speech, Sister Bingham discussed the value of womanhood in society, the contribution of women for the common good and invited the audience to look for ways to build up women around them.