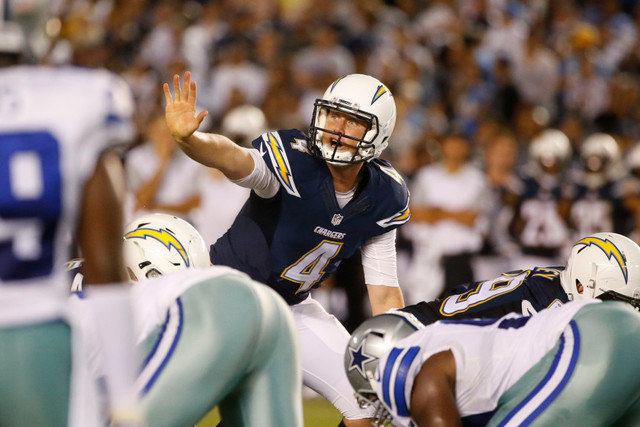 Brad Sorenson just signed with the Vikings as a backup quarterback as the team's starter Teddy Bridgewater and backup Shaun Hill are currently sidelined, something that has kept Sorenson's dreams of playing in the NFL alive.

In his three years since being drafted in the seventh round of the 2013 NFL draft, Sorenson has seen his fair share of teams. He's also been waived a half a dozen times.

But Brad Sorensen is used to rejection, something he learned on his mission to the predominantly Catholic country of Spain.

“The stuff I learned in those two years (on the mission) I keep with me every day,” Sorensen told twincities.com. “You learn to come back every day and get back up and go fight the next day. It translates to football.”

About his decision to put his scholarship to BYU and his football career on hold to serve a mission, Sorenson says, "I was just a kid and I put football on hold for two years, and it was one of the best experiences of my life. I came back a mature, young man ready to get back into football."

Now that he's back to grueling workouts on the field, Sorenson shared how the mission field taught him how to work hard and be touch.

“We would talk (on the mission) about our church (to) whoever would listen, and unfortunately, there weren’t a ton of people open to listening in that part of the world," Sorenson told twincities.com. " A lot of great people. I met a lot of wonderful people, but there were some really hard days.”