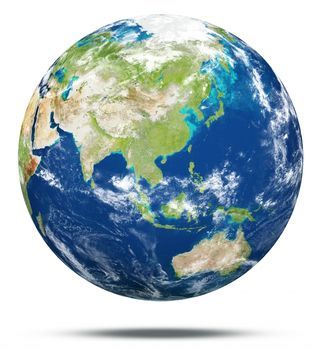 NPR: How Mormonism could affect a U.S. President's foreign policies

When Joseph Smith, the religious genius and sometime-treasure hunter who founded the Mormon faith, announced in 1844 that he was running for president of the United States, international affairs were not his top priority. In a pamphlet outlining his campaign platform, Smith quoted James Madison's inaugural address declaring that he would "cherish peace and friendly intercourse with all nations." But he never got the chance to elaborate on his foreign policy: Later that year, while Smith was in jail awaiting trial on charges that he had ordered the destruction of an anti-Mormon newspaper, a mob of armed men stormed his cell and fatally shot him as he jumped out of the window.

On the face of it, the Mormons angling for the White House in 2012 could hardly be more different from the founder of their faith. Where Smith turned to seer stones and wildcat banking schemes to raise money, Mitt Romney and Jon Huntsman are paragons of fiscal caution and big-business capitalism — one a self-made millionaire, the other an heir to a billionaire's chemical fortune. Smith was a charismatic prophet who commanded his followers to accept new scriptures and doctrines, like polygamous marriage and baptism of the dead, distinguishing the Mormon faith from mainstream Christianity. Romney and Huntsman, by contrast, appear to be respectable and rule-bound to a fault.
Read the rest of this story at npr.org