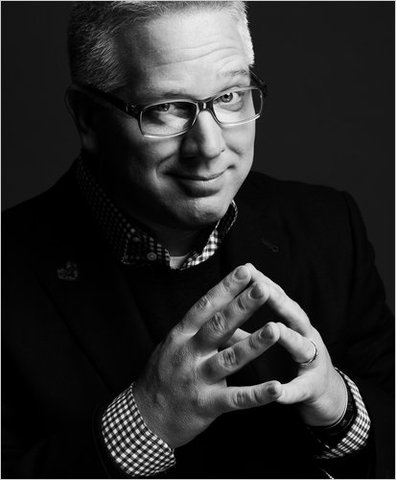 Almost every time I flipped on television last week, there was a deeply angry guy on a running tirade about the conspiracies afoot, the enemies around all corners, and how he alone seemed to understand what was under way.

Mr. Beck, a conservative Jeremiah and talk-radio phenomenon, burst into television prominence in 2009 by taking the forsaken 5 p.m. slot on Fox News and turning it into a juggernaut. A conjurer of conspiracies who spotted sedition everywhere he looked, Mr. Beck struck a big chord and ended up on the cover of Time magazine and The New York Times Magazine, and held rallies all over the country that were mobbed with acolytes. He achieved unheard-of ratings, swamped the competition and at times seemed to threaten the dominion of Bill O’Reilly and Sean Hannity at Fox.

But a funny thing happened on the way from the revolution. Since last August, when he summoned more than 100,000 followers to the Washington mall for the “Restoring Honor” rally, Mr. Beck has lost over a third of his audience on Fox — a greater percentage drop than other hosts at Fox. True, he fell from the great heights of the health care debate in January 2010, but there has been worrisome erosion — more than one million viewers — especially in the younger demographic.
Read the rest of this story at nytimes.com