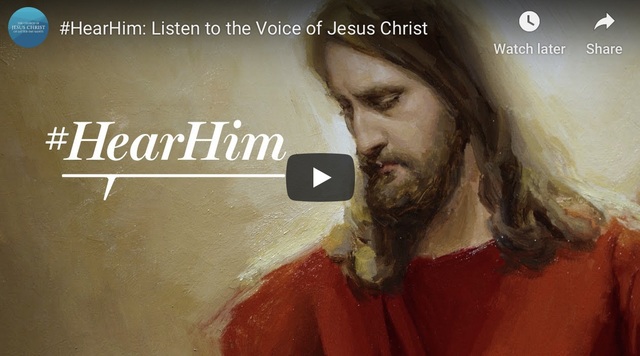 What is the sound of a silent night or an empty tomb? Is it something you hear with your ears or rather something you feel in your heart? A new video released by The Church of Jesus Christ of Latter-day Saints on Sunday, March 15, invites viewers to ponder how they “hear Him.”

When Joseph Smith was in the Sacred Grove, he heard the voice of God introduce His son, Jesus Christ, saying, “This is My Beloved Son. Hear Him” (Joseph Smith—History 1:17). These words or similar words are also used by the Father in reference to the Son in both the Bible and the Book of Mormon.

Seemingly in an effort to emphasize the often “still, small” nature of the Spirit, the video released on Sunday morning begins with subtitles, “This video doesn’t have dramatic music. Or [explosive dialogue]. Or [riveting sound effect]. Because this video is about what we hear when noise gets muted and distractions get ignored.”

In February, President Russell M. Nelson extended an invitation in conjunction with the commemoration of the 200th anniversary of the First Vision.

“I invite you to think deeply and often about this key question: How do you hear Him? I also invite you to take steps to hear Him better and more often,” President Nelson said.