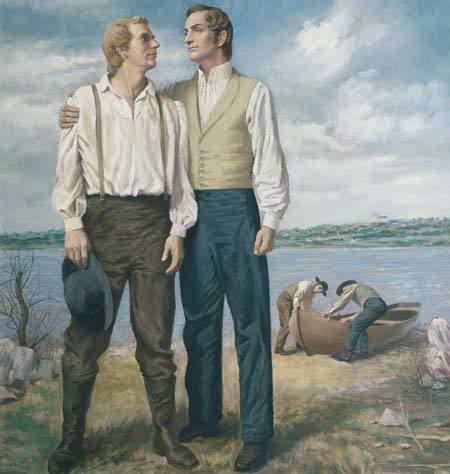 "It's an appeal to LDS culture," said Chris Chauncey, the race organizer. "I think there will be a big push in Illinois, Missouri and Iowa. My goal would be to have at least one person from every state."

Marathoners soon will be able to compete on a route once taken by two prominent figures in the history of the Church of Jesus Christ of Latter-day Saints.

In developing the course for the new Road to Carthage Marathon, organizer Chris Chauncey said, he sought to follow, as closely as possible, the back roads taken by Joseph and Hyrum Smith on their way to the Carthage Jail on June 25, 1846. The first half of the marathon runs alongside the Mississippi River, and the second half finds runners passing through shade trees.

"It's a beautiful run," Chauncey said. "There will be a lot of green. Just gorgeous."

During an annual family vacation to the Charthage area, Chauncey, a Sioux City, Iowa, native, was inspired to coordinate a new marathon.

Read the rest of this story at whig.com