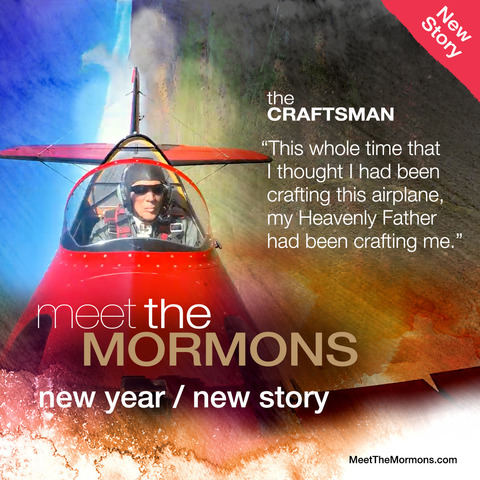 The newest Meet the Mormons standalone The Craftsman features the story of airshow pilot Danny Sorenson and his family. You can see it in the Legacy Theater at Temple Square and in temple visitor's centers around the United States starting February 3, 2018.

It took 14 years and four days for airshow pilot Danny Sorensen to build an airplane from scratch.

Beginning Feb. 3, Sorensen and his family’s story can be seen in a new 20-minute vignette at the Legacy Theatre on Temple Square as well as in visitors’ centers for The Church of Jesus Christ of Latter-day Saints around the country. Screening events for media and the public were held this week.

Sorensen, 66, from Bountiful, Utah, never expected to be on the big screen. His wife, Allyn, said she feels like they are just normal people living their ordinary, everyday lives. But Danny’s “genuine humility” and this family’s story was enough to catch the attention of "Meet the Mormons" director Blair Treu.

“I just like the metaphor of him crafting an airplane and what he learned in the process,” Treu said. “A life crafted because he follows the teachings of the Savior. The story illustrates that.”