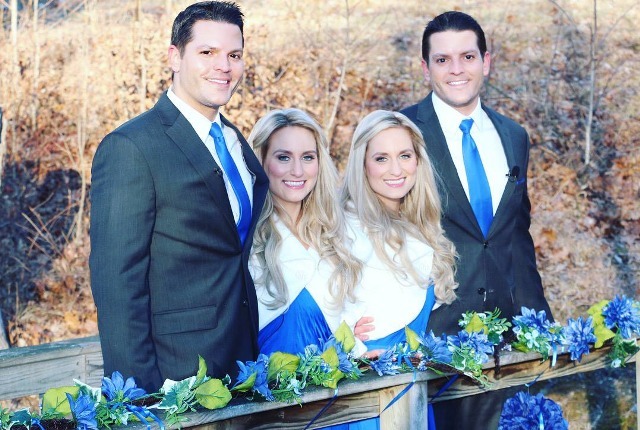 Ever since they were little girls, Latter-day Saint twin sisters Brittany and Briana Deane dreamed of marrying twin brothers. Now, their childhood wish is coming true.

The wedding was recently featured on an episode of Our Twinsane Wedding on TLC. The hour-long episode shared insights into the special bonds these twin couples share. 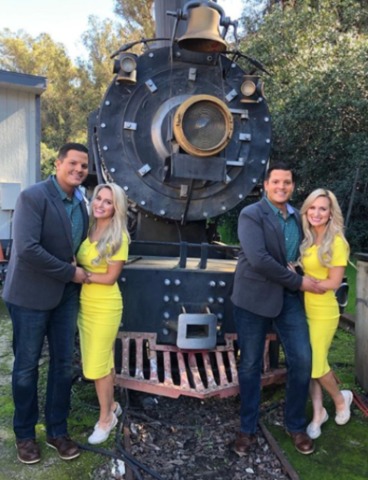 Brittany and Briana Deane married twin brothers, Josh and Jeremy Salyers, at the 2018 Twins Days Festival in Twinsburg, Ohio. The couples met at the 2017 annual festival and dated long-distance until their engagement on February 2, 2018 (02/02, of course).  The joint ceremony featured twin ministers.

Briana described the ceremony as a “double fairy tale.”

“Marrying twins is something that’s very important to us," Briana told PEOPLE magazine. “Even when we were little girls I can remember being in kindergarten, knowing that that is what we saw for ourselves.”

The twin sisters knew the chances of actually marrying twin brothers were incredibly scarce. “The stars had to align for our dreams to come true,” added Brittany. “I get to marry the man of my dreams and at the same time I get to look over next to me and see my twin sister marrying the man of her dreams.”

The twin brothers had made a pact to marry twin sisters as well.

"We’ve always felt blessed to have each other,” Josh Salyers told Good Morning America. “And now we have two other twins who are just like us . . . but they also add their own contributions that we couldn’t have. Together we can accomplish anything." 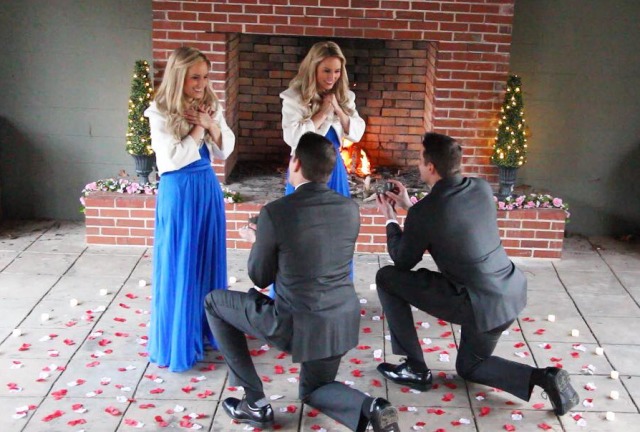 The twin couples say they are excited to all live in the same house and raise their families together.

“When we have children, my and Josh’s children will be genetic siblings to Briana and Jeremy’s children,” Brittany told PEOPLE. “Even though they’re cousins, they’re technically genetic siblings. We imagine it will be like two moms and two dads all raising our families together."