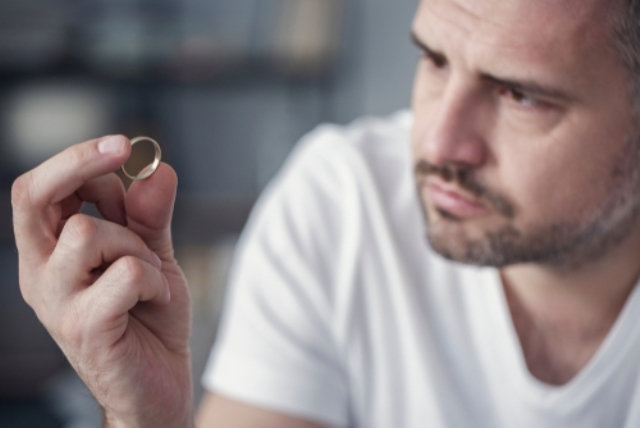 A Latter-day Saint Man's Raw, Honest Insight Into the Fallout of Divorce + What He Would Have Done Differently in Marriage

byDr. A. Dean Byrd adapted from "Finding Wholeness and Happiness After Divorce" | Sep. 22, 2018

Some may think that because divorce has become easier to obtain than it was previously, it has become less traumatic. They are wrong. My own experience and those of others I’ve come to know document that the pain is still present. Those with children who are contemplating divorce and believe the hurt will be only a minor, short-term inconvenience are wrong too. Today, 13 years after divorce, there are few days in which there is not a practical and painful reminder that I am a divorced man.

The reader may wonder if the pain I’m describing causes me to believe that divorce is always a mistake and should never be undertaken under any circumstance. I do not believe that. There may be some circumstances that make divorce an appropriate choice in spite of the complications it brings. There are ways of moving through the process of divorce that can reduce the harmful effects to some degree. And the human spirit is resilient; growth and insight can follow tragedy when we maintain a long-term pattern of healthy choices. Nevertheless, the covenant aspect of marriage, particularly that of temple marriage with the eternal significance of sealing promises, makes divorce a decision which should be undertaken only after all possible efforts have been made to improve the marital relationship.

In Utah, approximately one-sixth of divorces take place among couples married one year or less. President Joseph Fielding Smith spoke of the importance of honoring covenants and of the price to be paid by those who neglect to do so. He said, “Marriage is the covenant of exaltation. It is the foundation for eternal exaltation, for without it there could be no eternal progress in the Kingdom of God. Nothing will prepare mankind for glory in the Kingdom of God as readily as faithfulness to the marriage covenant.”

Today, with a less emotional perspective, I can understand why my former wife wanted a divorce. She wasn’t a bad mother and I wasn’t a bad father, but as husband and wife we didn’t nurture each other satisfactorily. Our attempts to see and change our own roles in making the marriage unhappy were less successful than our efforts to see each other’s weaknesses.

I have heard it said that in most instances a spiritual divorce precedes the real divorce, and certainly this was the case in our marriage. Years of growing apart, with a foundation laid in struggles experienced during our eighteen months of dating, led to the eventual final break.

► You'll also like: Family Counselor Shares Honest Conversation About Divorce in the Church: “I Feel More Unwanted and Unneeded Than Ever.”

In retrospect, I would handle things differently. During the dating and engagement months I would pay more attention to the differences that were present and deal with them in an honest, problem-solving, nonjudgmental way. I would acknowledge that arguments and repeating problems during dating portend problems for future marriage. I would be certain that at the time of engagement, in spite of the challenges of the dating period, both partners felt good about the decision to proceed with the marriage.

Following marriage, I would not ignore repeating problems. My former wife and I were good at demonstrating endurance, but we weren’t good at sitting down together when things were going well and calmly resolving our problems in a permanent way. I would also be more persistent about getting help from an ecclesiastical leader and professional counselor. Periodically we talked to our bishop, but not often enough to receive permanent help. Professional counseling was resisted until it was too late. Once we went, the counselor was helpful, but decisions had already been made. When pain is intense, problems enduring, and solutions elusive, divorce can appear to be the only answer.

Today, fourteen years after the separation, it’s clearer to me how I played a role in the breakup. Misunderstandings during the dating months, based on insecurities and lack of dating experience, combined with the inevitable stresses of being in school for the first eight years of marriage while working full-time, having seven children, financial challenges, etc., led to what seemed like problems that couldn’t be overcome. If I had it to do over again I would intellectualize less with my wife about how “this could all be for our good” and I’d spend more time listening to her feelings and letting her know that I cared about them. It’s not that I didn’t do any of this while we were married, but from my wife’s perspective, my way of caring may have come across as a technique rather than as a sincere effort. This was complicated by the fact that I sometimes became upset when my attempts to be positive were greeted with no response on her part.

► You'll also like: The Almost Universal Answer to the Question How Did You Overcome Thoughts of Divorce.

My experience is by no means a reflection of what divorce is like for all men. My experience is a reflection of what divorce is like for anyone, male or female, who doesn’t want a divorce but whose partner does. In some cases, of course, it is the man who wants the divorce. The experience of these men is much different from mine. For them, much of the trauma comes previous to the actual separation as they survey their marital situation and make the decision to leave a marriage that is not working. The announcement of the separation for these men may be followed by relief and healing. The wife may be thrown into a crisis, which produces guilt for the man, or she may be in agreement or unconcerned. Data has shown that men are generally more satisfied with their marriages than women, and are more likely to be surprised when the wife is unhappy enough to want a divorce. Approximately two-thirds to three-quarters of divorces in Western society are initiated by women.

Healthy adjustment to divorce requires an ability to be kind when you may not feel like it; to maintain your confidence and esteem though you’re receiving negative feedback; to be able to tolerate painful feelings while you continue functioning; to tolerate the uncertainty that may be felt as other people—friends, co-workers, extended family, and so forth—wrestle with their own feelings about your getting a divorce; to be fair and nonvindictive though you feel you’re being judged unfairly; and to maintain a solid spiritual foundation, which can draw you closer to the Lord, who understands your pain because he has “descended below all things” and whose grace is sufficient to heal and lift you. 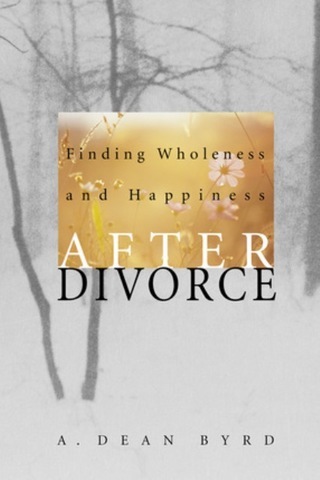 For more help on coping with divorce check out Finding Wholeness and Happiness After Divorce by A. Dean Byrd, available at Deseret Book stores and deseretbook.com.