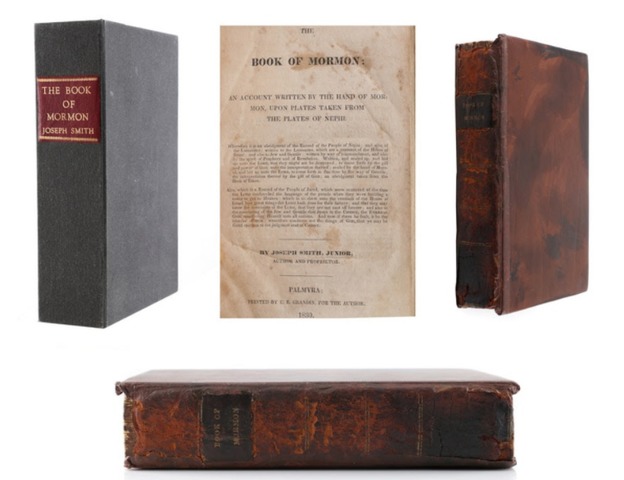 Online Bidders Drive Up Price of a First Edition Book of Mormon $45,000 in 36 Minutes

With 20 minutes left Tuesday night in an online auction for a first edition Book of Mormon, bidding was stagnant. Nobody had bid for three days. The price was stuck at $35,000.

Suddenly, with 16 minutes to go, a bidder who had been silent since Saturday rejoined the auction at $35,500.

From that point, seven people engaged in strategic bidding so furious they triggered a rule that extended the auction past the deadline. The bidders and the extension combined to drive up the price by $45,000 in 36 minutes.

"It shows there is a very strong market for a first edition Book of Mormon, because this one had defects," said one of the bidders, Reid Moon, owner of Moon's Rare Books in Provo. "The front cover was completely replaced, and not very well."