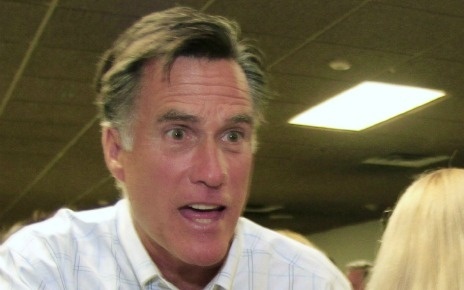 If Mitt Romney wins the Republican nomination for 2012, President Obama will reportedly have two things to say about him: he's greedy and he's weird. The greed part is based on Romney's work at Bain Capital, which frequently bought struggling companies and laid off workers. The weird part is based on his bad fashion and bad jokes, Politico reports. But Megan Carpentier thinks maybe it's really about Romney being Mormon.

Carpentier notes that more than a third of Americans are "somewhat uncomfortable" or "entirely uncomfortable" with voting for Mormons, according to a Quinnipiac poll released in June. Further, Mormonism seems alien to many--the poll found just 25 percent think the religion is very or somewhat similar to their own. Politico's Ben Smith and Jonathan Martin report that Obama's campaign says it's not going after Romney's faith:

"None of the Obama advisers interviewed made any suggestion that Romney's personal qualities would be connected to his minority Mormon faith, but the step from casting Romney as a bit off to raising questions about religion may not be a large step for some of the incumbent's supporters."

Read the rest of this story at theatlanticwire.com