Our 11 Favorite Mormon Moments from 2016 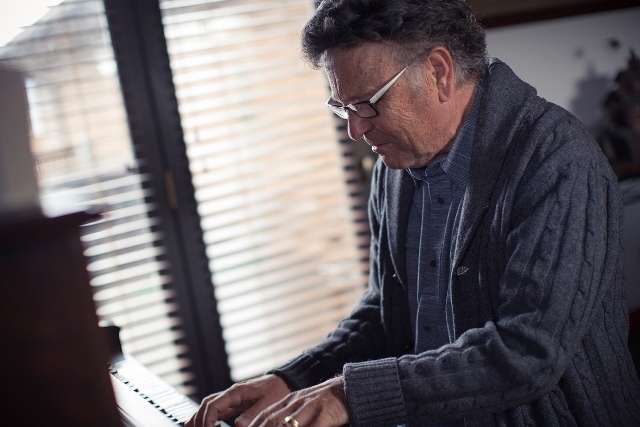 A decade ago, Michael McLean’s youngest son told his family that he was gay.

“It’s tough enough to be a gay kid in a straight world, but being the son of the songwriting icon of the Mormon Church was impossible for him," shares McLean. "The pain was so deep that he’d considered suicide.”

He continues, “This would have been tough for any parent, but for the songwriting apologist filmmaker for the Church, this was simply an impossible spot to be in. I needed answers to save my family. I prayed like I had never prayed before.”

But nothing came. “It was like somebody decided to bolt heaven shut,” McLean explains.

That's when McLean came across a book about Mother Teresa with letters written by the nun that shared her struggles with faith and the many times she felt abandoned by God. After reading the book, McLean had a dream about Mother Teresa where she sang, "I choose to pray to one who doesn’t hear me, I choose to wait for love that He conceals . . ."

McLean says, “So here’s a Mormon songwriter having a dream about a dead Catholic nun who sings a song that begs the questions: Am I willing to keep the promises I’ve made to God even when I feel nothing in response to my deepest yearnings? In the most difficult trial of my faith journey, would I hold on to faith or give in to despair?”

McLean decided to cling to the Church, to hang on until his prayers were answered.

Years later, his answer did come in a way perfect for McLean—through song.

Annie Schmidt's Brother Shares the Song He & Annie Were Working on When She Died, "Why Do You Have to Go?"

"Before my sister Annie left on her LDS mission a few years ago, we wrote a song together about her leaving. Life happened and we never got around to finishing it. Months before she passed, we fell back in love with the song and were working towards finishing it," writes Spencer Schmidt, the brother of Annie Schmidt who died in a hiking accident in Oregon this October.

"Perhaps because the whole experience was so surreal, I never cried during the past two weeks... until I listened to this song. I sat in my basement and just wept, because the words weren't just sending her off to Georgia for a year and a half but they were now sending her off to the next life. The timing of the song for me was a powerful witness to me that God lives and that he wanted to give my family and I a gift that we could cherish for the rest of our mortal lives. It is not yet finished but I wanted to share with everyone a 30-second clip of it, in the hope that anyone (especially those who have lost a loved one) could draw strength from it's message."