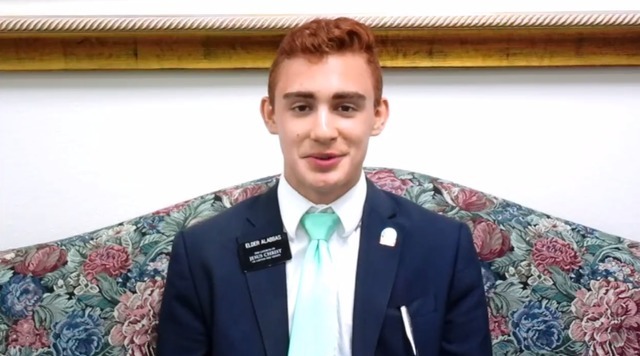 Our Take on the Family Leaving Their Son at Bryce Canyon Controversy (+ Why We Need to Act Mormon, Even Online)

What began as a raw and genuine video shared by a missionary has now suddenly turned into a controversy, and it breaks my heart to think that I could have somehow gotten in the way of a young man telling his story.

In the last 24 hours, I and LDS Living have been accused of sharing and promoting a story that goes entirely against my own ideals and my beliefs so fully, I've felt physically ill this morning as I've tried to write. I and LDS Living have also been accused of white washing and sanitizing a story. Well, I'll leave it to you to make the judgment call on that one. In many ways, I see that as part of my duties as a writer on an inspirational site: to find the uplifting message in the midst of all the negative that surrounds us.

As one commenter asked, "What the heck was going through the minds of LDS Living to think that this was inspirational?"

My response: Not once did we ever term the original story submitted to us inspirational. In fact, it was never meant to be shared or published.

I received a story from a regular contributor to our site, one who loves to focus on the positive stories so many people ignore or fail to see in their daily lives. I love reading his content and seeing the glimmers of hope he finds in the world, despite the negativity and doom and gloom we often find online.

I set up a story space for this piece, but after reading through the story to edit it, I immediately felt anything but inspired. It described a family who left their son in Bryce Canyon when he announced he wouldn't serve a mission. There was one beautiful moment in the story when the grandfather drives hours to pick up his grandson, telling him he would love him no matter what. That was a message I felt was worth sharing.

That is when I made a mistake. Usually, we keep stories that aren't ready to share on our site in draft mode, so we can keep looking over them and editing them before they are published. This is one of those stories that should have been kept hidden, but I made the mistake of clicking undraft before I hit save.

Luckily, within minutes one of my coworkers noticed the story live on our site, and she brought up her concerns about the potentially dangerous messages it could send to parents and young men and women. I understood her concerns and drafted the story immediately, sending it to nearly every person on our staff, wondering if there was a way to get the important conversation going of how we should treat children, brothers and sisters, family members, and friends who choose not to serve a mission without sending harmful messages or judging and condemning others we knew nothing about.

We talked for hours and decided we could not share this version of the story. We did not want to promote anything that would suggest any response besides loving and supporting your family and friends, especially in vulnerable places in their lives.

The next morning, our contributor sent a Facebook video, sharing this exact same story from the point of view of the missionary, one that focused on loving and not leaving, one that stressed gaining a testimony for yourself, not giving into social pressures.

So we wanted our story to focus on the response we found inspiring, that of the grandfather, and we wanted our story to remain entirely separate from the other. For this reason, we decided not to mention Bryce Canyon or the parents in our brief introduction to the video, but instead allow the missionary to share that part of the story in his own words.

But I also had additional motives for choosing not to mention the parents, though they are not the ones others have accused me of having. About a year ago, I wrote a story about an LDS member recently returning to the Church who had been attacked online. I was trying to defend this person and suggest we needed to respond with love to others, not hate. Though I didn't mention the names of any of those who wrote negative comments about her online, I later received an email that made me want to crawl into a deep dark hole. I felt like a despicable person. It seems one of the negative commenters was receiving hate mail and death threats that drove her to the point of breaking. People had decided to look up the negative post and search out this woman, sending her all manner of hateful things. That's the moment I realized every word matters. That's the moment when I realized I need to act with compassion, not judgment, for everyone involved in a story.

I don't condone what those parents did, but I don't know them or their situation, and I don't want others attacking someone else who is similarly vulnerable and trying to navigate a new part of parenthood. I felt Elder Alabbas's words could speak for themselves, and I wanted to highlight the truly remarkable part of this story, that his grandpa never left and never stopped loving.

I didn't know at this time that the brief moment the original story had been online on our site, others had already chosen to share it, and not only that, but when it was no longer available, they decided to share the cached version of the story, turning the focus from one man's heartbreaking experience into a conspiracy by LDS Living. Even after trying to get in touch with editors of other sites to explain why we feel that original story was harmful and should not be shared, it seems the focus remains on us, not Elder Alabbas. I guess that is the risk of putting your words online. Even when you hope to inspire or do good, they are left vulnerable to becoming messages of hate and misunderstanding.

Every day I come into work, I pray constantly to know what stories to share. My staff debates and talks and wonders constantly about how we can generate important discussions and share uplifting messages, without indulging in the negative or perpetuating judgment. Do we always get it right? Most definitely not. We are aggravatingly but also delightfully human, just like everyone else within the Church. But I try, I read your comments, I listen, I care, and I know without a doubt the rest of my staff does too.

So I am terribly sorry to everyone who has been wrapped up in this whole big mess or who misunderstood where LDS Living stands on this topic. I made a mistake. I published a story that should have never been shared, and I acknowledge that. But, in a way, I am also glad to have this learning experience and glad to have readers who speak up when they might disagree with something we write. That's the glorious thing about a Church made up of imperfect people; we can move toward becoming better and figuring out tricky situations together.

And this was just a reminder to me again of how careful all of us need to be of the messages we share online. Are we seeking to understand and build others or criticize? Are we seeking to act like Christ, even when things turn hostile? Are we striving to represent who we are as Mormons, even when we are attacked personally or our beliefs are?

From what I've seen, we can all do a little bit better at that, me included, but it's a journey we can make together.