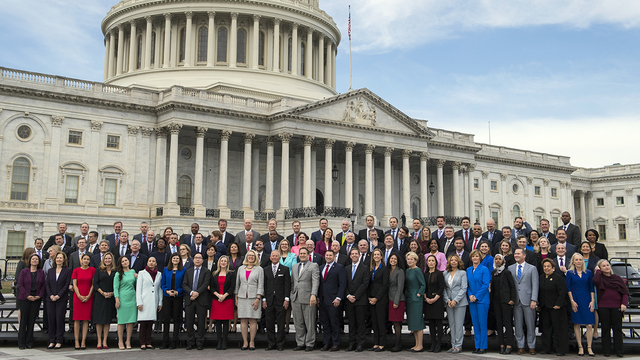 Pew Research Study: There Are Fewer Latter-day Saints in Congress in At Least a Decade

A recent Pew Research study, "Faith on the Hill: The religious composition of the 116th Congress," shows that Congress has reached a decade low of Latter-day Saint members.

► You'll also like: Why We Can't Turn Away from Politics (+ 4 Easy Ways to Get Involved)

Anglicans/Episcopalians lost nine members in the 116th Congress, the largest in any religious group, and Methodists, Congregationalists, Restorationists, and Christian Scientists all lost at least one seat, according to the study.

Christian members as a whole dropped 3 percent and the number of members who don’t know/refused to specify religious affiliation grew by eight members from the previous year.

However, this Congress always welcomed the first two Muslim women to serve in the House of Representatives, Michigan Democrat Rashida Tlaib and Minnesota Democrat Ilhan Omar. This Congress also ushered in four more Jewish members and one additional Unitarian Universalist.

While the number of Latter-day Saints in Congress has dipped this year along with other religious groups, it's also important to recognize the diversity of our society and to listen to, cooperate with, and respond to other voices in our communities.

President Hinckley said in his general conference talk "Our Testimony to the World":

"Let us be good citizens of the nations in which we live. Let us be good neighbors in our communities. Let us acknowledge the diversity of our society, recognizing the good in all people. We need not make any surrender of our theology. But we can set aside any element of suspicion, of provincialism, of parochialism."