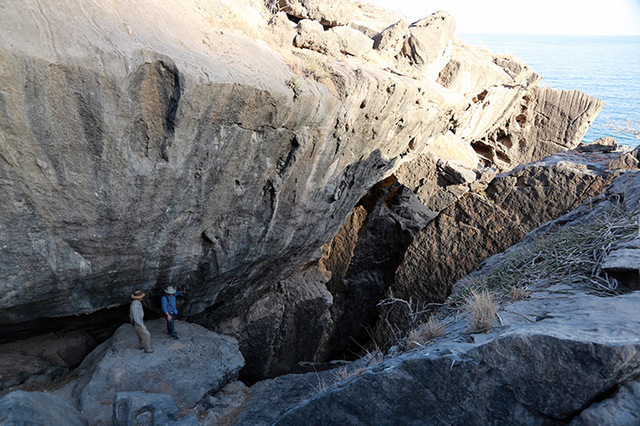 Photos of the Dig at Nephi's Bountiful (+ Artifacts Found)

Photos from the dig at what LDS archaeologists think is Nephi's Bountiful has uncovered several small treasures. See was it's like digging at Khor Kharfot and see what has been uncovered with over 30 photos from Meridian Magazine. Here's just a taste:

We are all curious to know what might have been left behind at Nephi’s Bountiful.  It wasn’t until November 8, 2015 that the gracious Omani government granted a permit to be able to dig for the first time at Khor Kharfot.  This truly sounds like exotic work, daily boat rides into a remote beach on the Arabian Sea and hiking up to an area with an ancient sanctuary.  Admittedly it is very exotic, but it is also just plain dirty work.  We will be offering some of these dirty positions to Meridian readers in future expeditions. Stay tuned.  For now, come with us and get a real visual on the work that has been started at this, the very best candidate for Bountiful where Nephi built the ship.

► You'll also like: The Incredible Story of How Omani's Sultan Allowed LDS Archaeologists to Dig at Site That Could Be Nephi's Bountiful

► You'll also like: Sanctuary Discovered in Nephi's Bountiful & What It Could Mean 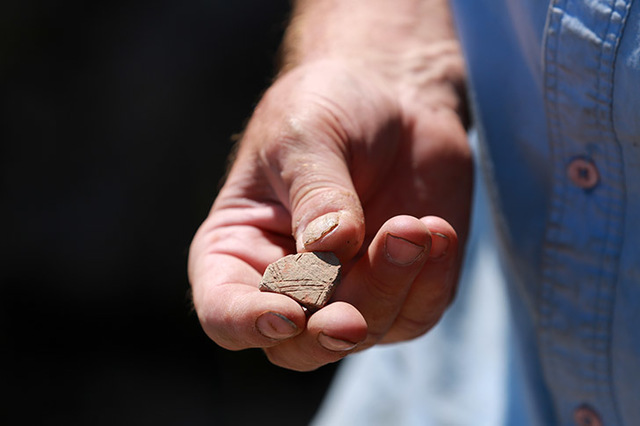 We were curious to see what would come out of the pits. This was an especially nice incised shard and got everyone quite excited. When you go through a lot of dirt and a lot of rocks and a lot of shells and then find this, it can make your whole day. 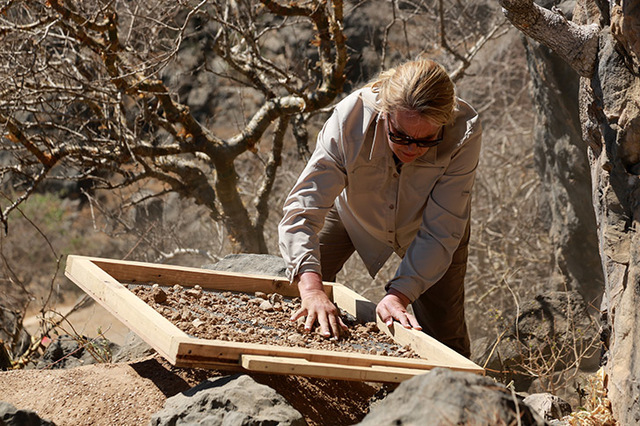 Bonnie McMillan quickly got good at distinguishing the treasures from the dirt. 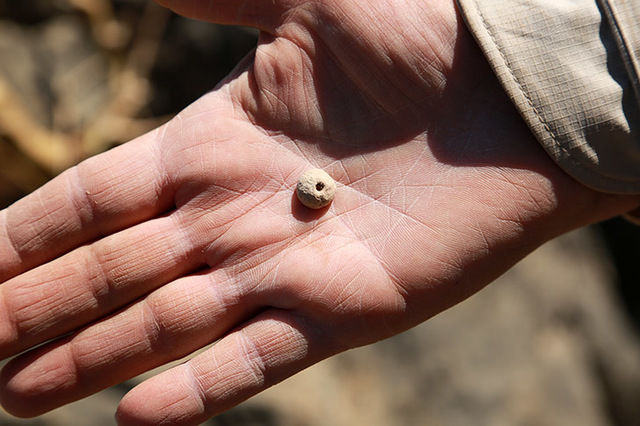 Here was one of those treasures–a small, man-made bead from a yet undetermined time period. Each artifact is bagged and marked as to which pit, which quadrant of the pit and which level of the pit it came from.

Lead image from Meridian Magazine of a slot which is part of an enormous rock that fell into the sea thousands (if not millions) of years ago. “The slot” is a plausible passageway from the habitation area to a ship anchored in 10-15 meter-deep water.