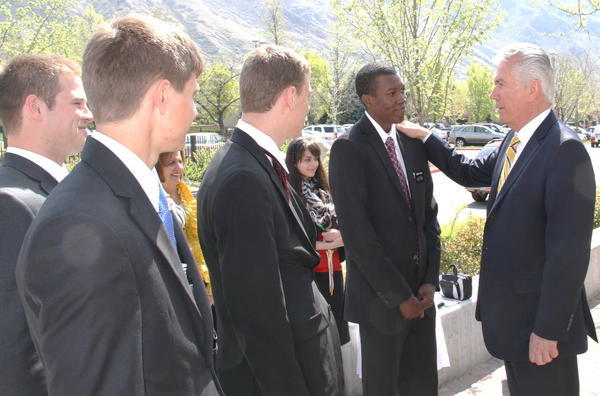 The Resurrection of Jesus Christ – the most remarkable event in the history of the world — created a way for all people to receive eternal life. Also, it transformed a band of frightened, worried disciples into a dynamic group of fearless missionaries who changed the world.

“The events of that day have the potential and power to do the same for every servant of the Lord,” President Dieter F. Uchtdorf declared in an Easter message on April 20.

President Uchtdorf, second counselor in the First Presidency, spoke to an assembly of some 1,400 gathered in the Lorenzo Snow Building on the campus of the Missionary Training Center in Provo, Utah. Thousands of other missionaries watched by satellite broadcasts in training centers in Argentina, Brazil, Chile, Colombia, Dominican Republic, England, Ghana, Guatemala, Mexico, Peru, South Africa and Spain. Missionaries in training centers in New Zealand and the Philippines viewed the broadcast on a tape-delayed basis.