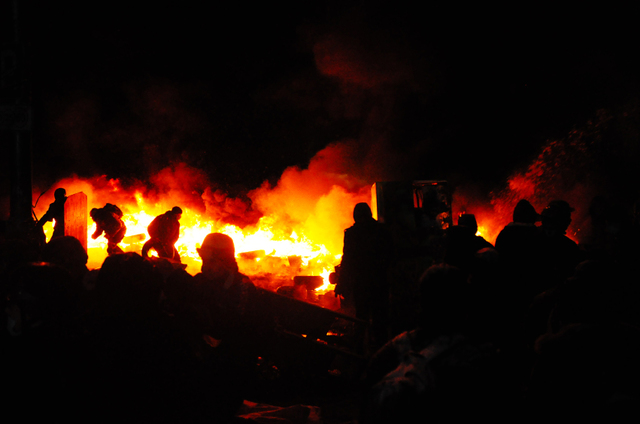 President Hinckley on Muslims, Terrorism, and How to Find Peace Despite Attacks, Fear, and Death

When Gordon B. Hinckley approached the pulpit at general conference in October 2001, the heinous attacks on September 11 were fresh in the minds of everyone listening around the world.

Today, as continual coordinated terrorist attacks continue to plague nations around the world, memories of those earlier attacks are awakened once again.

The counsel President Hickley gave the Saints that October over a decade ago still holds true today and teaches us the nature of terrorism, how we can combat such evils, and how we can find peace in the world we live in today.

The Nature of Terrorism

In his talk, President Hinckley taught Church members the source of this great evil, saying:

"Now, all of us know that war, contention, hatred, suffering of the worst kind are not new. The conflict we see today is but another expression of the conflict that began with the War in Heaven. . . .

From the day of Cain to the present, the adversary has been the great mastermind of the terrible conflicts that have brought so much suffering.

Treachery and terrorism began with him. And they will continue until the Son of God returns to rule and reign with peace and righteousness among the sons and daughters of God."

How to Combat Terrorism

Though unflinching in his view on attacks of this nature, President Hinckley also reminded Church members to unite with others to fight against evil, not to allow such attacks to divide us or generate hatred:

"The terrible forces of evil must be confronted and held accountable for their actions. This is not a matter of Christian against Muslim. I am pleased that food is being dropped to the hungry people of a targeted nation. We value our Muslim neighbors across the world and hope that those who live by the tenets of their faith will not suffer. I ask particularly that our own people do not become a party in any way to the persecution of the innocent. Rather, let us be friendly and helpful, protective and supportive. It is the terrorist organizations that must be ferreted out and brought down.

We of this Church know something of such groups. The Book of Mormon speaks of the Gadianton robbers, a vicious, oath-bound, and secret organization bent on evil and destruction. In their day they did all in their power, by whatever means available, to bring down the Church, to woo the people with sophistry, and to take control of the society. We see the same thing in the present situation.

We are people of peace. We are followers of the Christ who was and is the Prince of Peace. But there are times when we must stand up for right and decency, for freedom and civilization, just as Moroni rallied his people in his day to the defense of their wives, their children, and the cause of liberty (see Alma 48:10).

On the Larry King television broadcast the other night, I was asked what I think of those who, in the name of their religion, carry out such infamous activities. I replied, 'Religion offers no shield for wickedness, for evil, for those kinds of things. The God in whom I believe does not foster this kind of action. He is a God of mercy. He is a God of love. He is a God of peace and reassurance, and I look to Him in times such as this as a comfort and a source of strength.'

Members of the Church in this and other nations are now involved with many others in a great international undertaking. On television we see those of the military leaving their loved ones, knowing not whether they will return. It is affecting the homes of our people. Unitedly, as a Church, we must get on our knees and invoke the powers of the Almighty in behalf of those who will carry the burdens of this campaign."

Where to Turn for Peace?

"Occasions of this kind pull us up sharply to a realization that life is fragile, peace is fragile, civilization itself is fragile." With these stark words, President Hinckley captured the confusion, fear, and uncertainty that accompany such dark times. But after this acknowledgment, he pointed all toward the one source of power and peace that isn't fragile. The peace that is constantly before us, guiding, uplifting, and giving hope.

"Through centuries of time, men and women, so very, very many, have lived and died. Some may die in the conflict that lies ahead. To us, and we bear solemn testimony of this, death will not be the end. There is life beyond this as surely as there is life here. Through the great plan which became the very essence of the War in Heaven, men shall go on living.

Job asked, “If a man die, shall he live again?” (Job 14:14). He replied: “For I know that my redeemer liveth, and that he shall stand at the latter day upon the earth:

“And though after my skin worms destroy this body, yet in my flesh shall I see God:

Now, brothers and sisters, we must do our duty, whatever that duty might be. Peace may be denied for a season. Some of our liberties may be curtailed. We may be inconvenienced. We may even be called on to suffer in one way or another. But God our Eternal Father will watch over this nation and all of the civilized world who look to Him. He has declared, “Blessed is the nation whose God is the Lord” (Ps. 33:12). Our safety lies in repentance. Our strength comes of obedience to the commandments of God.

Let us be prayerful. Let us pray for righteousness. Let us pray for the forces of good. Let us reach out to help men and women of goodwill, whatever their religious persuasion and wherever they live. Let us stand firm against evil, both at home and abroad. Let us live worthy of the blessings of heaven, reforming our lives where necessary and looking to Him, the Father of us all. He has said, “Be still, and know that I am God” (Ps. 46:10).

Are these perilous times? They are. But there is no need to fear. We can have peace in our hearts and peace in our homes. We can be an influence for good in this world, every one of us." 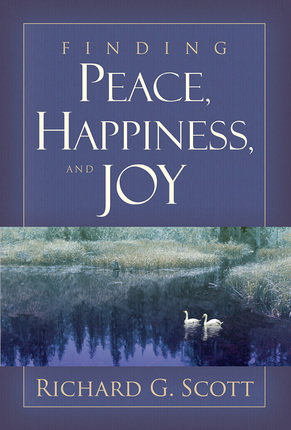 For more on finding peace despite life's heartaches and tragedies, check out Elder Richard G. Scott's Finding Peace, Happiness, and Joy. Or, to find solace after the loss of a loved one, check out this beautiful compilation of words from Church leaders I Will Not Leave You Comfortless: Finding Peace in Times of Grief.