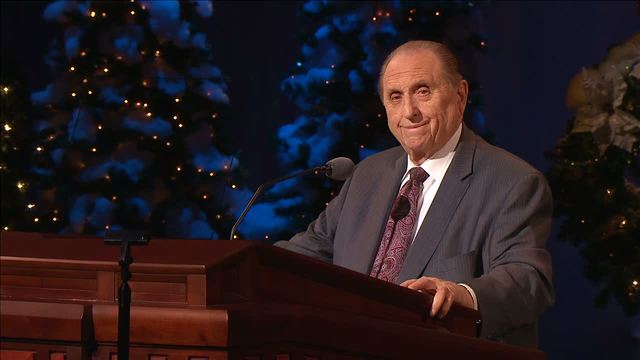 “On Christmas Eve in 1944, Lee was on a ship traveling from the Mediterranean approaching the Straits of Gibraltar on its way to the North Atlantic. Following months—even years—of service in the war, the men on board were happily bound for the East Coast of the United States and home. It was a stormy night, and Lee was once again on watch at the bow of the ship. . . .

“The past few days had been unremarkable, and the sights, sounds, and smell of the ocean lulled Lee into a sense of well-being. The events which transpired next seemed to happen in an instant. Lee saw the plume of a periscope appear off the port side of his ship. He knew that it couldn’t be more than 100 yards away. Others had seen the plume, for the ship was suddenly alive with alarms and shouts of men scurrying to their battle stations.

“There was no time to ready themselves for a fight or to protect themselves in any way. The submarine was already on them, rising up out of that choppy sea. The enemy had them, without question. They awaited their doom.

“Lee reported that he would never forget what happened next."

A flashing light spelled out "Merry Christmas" in Morse code to Lee and the other men aboard the ship before sinking back into the dark, stormy sea. President Monson continued:

“They all stood transfixed. No one moved for several seconds as they recovered from their shock and surprise. . . . [O]n Christmas Eve 1944 they had been given a precious gift. As the reality of what had just transpired and the words ‘Merry Christmas’ took hold in their minds and their hearts, they unitedly sent up a cheer—a cheer of relief, and of joy, and of true celebration. . . .