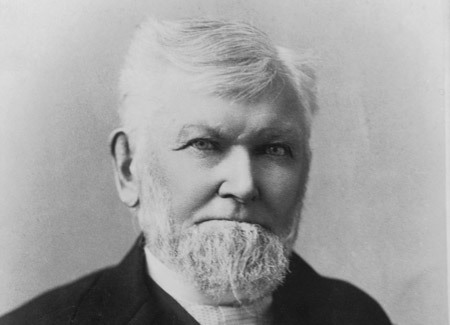 Spiritual Heroes of President Monson and Other General Authorities

Through the years, President Thomas S. Monson has felt a special kinship with President Wilford Woodruff, the fourth president of The Church of Jesus Christ of Latter-day Saints.

"Not only have we each served in the Council of the Twelve Apostles, he being the 15th Apostle ordained in this dispensation and I the 77th, but we share other things in common as well, including a love for fly fishing," President Monson wrote. "In August 1892, he wrote to Forest and Stream magazine about a fishing trip on the Weber River where he caught 20 trout in four hours, four of which weighed over 4 pounds!"

President Woodruff also presided over the Latter-day Saints in the eastern United States and Canada. President Monson was president of the Canadian mission, headquartered in Toronto, Ontario, Canada, from 1959-1962. "There I walked where he had walked before me," President Monson wrote.

President Monson's thoughts on President Woodruff are part of an essay he wrote for a book titled "Heroes of the Restoration," published in 1997 by Deseret Book. President Monson was one of 18 LDS general authorities to write a tribute to one of the early figures of LDS Church history, illustrating admirable qualities, characteristics, lessons and gospel principles.

The following 10 excerpts from "Heroes of the Restoration" are used with permission from Deseret Book.