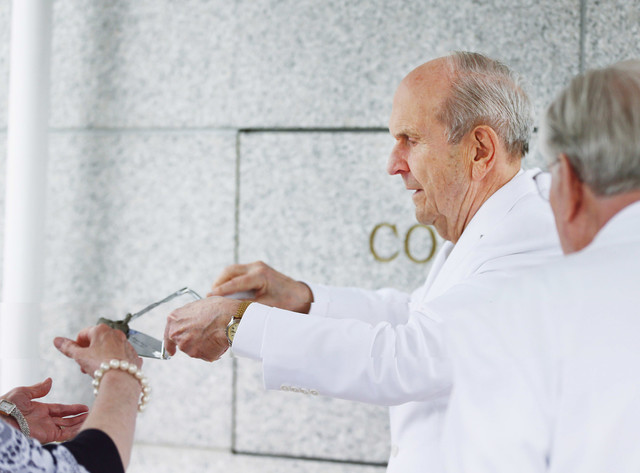 ROME — President Russell M. Nelson referred to Peter's and Paul's ancient missionary work in Rome on Sunday as he dedicated the Rome Italy Temple, the first of the sacred buildings placed in a New Testament land by The Church of Jesus Christ of Latter-day Saints.

A day after their prophet met with a pope for the first time, more than 10 years after the temple was announced and after a public open house drew more than 50,000 people to the temple grounds in the Sacred Mountain district of Rome, the waiting was finally over for Italian church members. They lined up early in a pleasantly cool morning breeze under overcast skies that offered the lightest of occasional sprinkles.

Inside with 750 people in attendance, President Nelson offered the dedicatory prayer.

"In this ancient and great city that has stood since biblical times, in this historic nation of Italy," he said. "We acknowledge the ministry of two of thy son’s early apostles, Peter and Paul, who once blessed this land with their labors. May the influence of their abiding testimony of Jesus Christ continue to be felt among the vital values of this great country."

Watch the cornerstone video below: