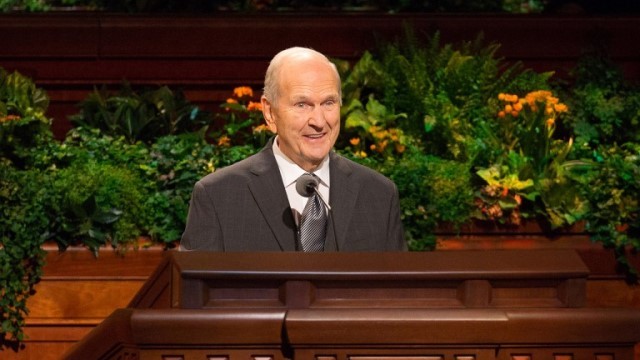 byRussell M. Nelson, excerpted from "Accomplishing the Impossible: What God Does, What We Can Do" | Feb. 05, 2020

Peace can come to all who earnestly seek the Prince of Peace. His is the sweet and saving message our missionaries take throughout the world. They preach the gospel of Jesus Christ as restored by Him through the Prophet Joseph Smith. Missionaries teach these life-changing words of the Lord: “If ye love me, keep my commandments.”

Peace can come to all who choose to walk in the ways of the Master. His invitation is expressed in three loving words: “Come, follow me.”

One way we find peace in following Christ is in living the attributes He exemplified. Most Christians are familiar with the attributes of Jesus Christ as reported in the Bible. They marvel at the love He demonstrated for the poor, the sick, and the downtrodden. Those who consider themselves His disciples also strive to emulate His example and follow His beloved Apostle’s exhortation: “Let us love one another: for love is of God; and every one that loveth is born of God, and knoweth God. . . . For God is love.”

This concept is clarified by the Book of Mormon. It describes how one is born of God and how one gains the power to love as He does. It identifies three core principles that bring the power of God’s love into our lives.

First, the Book of Mormon teaches that exercising faith in Christ and entering into a covenant with Him to keep His commandments is the key to being reborn spiritually. To Book of Mormon people who had made such a covenant, King Benjamin remarked, “And now, because of the covenant which ye have made ye shall be called the children of Christ, his sons, and his daughters; for behold, this day he hath spiritually begotten you; for ye say that your hearts are changed through faith on his name; therefore, ye are born of him and have become his sons and his daughters.”

Second, the Savior Himself teaches that the power to become more like Him comes through receiving the ordinances of the gospel: “Now this is the commandment: Repent, all ye ends of the earth, and come unto me and be baptized in my name, that ye may be sanctified by the reception of the Holy Ghost, that ye may stand spotless before me at the last day.”

Third, He exhorts us to follow His example: “What manner of men ought ye to be?” He asks. His answer: “Verily I say unto you, even as I am.” Truly, He wants us to become more like Him. 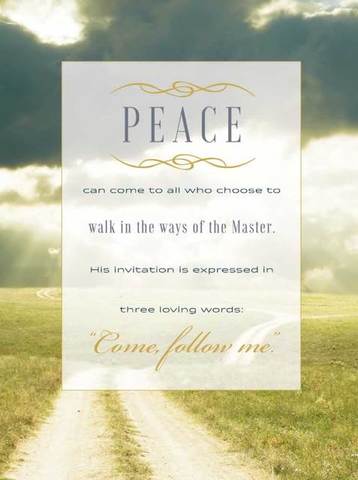 Some of the most sublime examples of His love are recorded in the Book of Mormon. These examples can apply in our own lives as we strive to become more like the Lord.

It was His love for Lehi and Lehi’s family—and their love for Him—that brought them to the Americas, their promised land, where they prospered.

It was God’s love for us that prompted Him centuries ago to command Nephite prophets to keep a sacred record of their people. Lessons from that record relate to our salvation and exaltation. These teachings are now available in the Book of Mormon. This sacred text stands as tangible evidence of God’s love for all of His children throughout the world.

It was Christ’s love for His “other sheep” that brought Him to the New World. From the Book of Mormon we learn that great natural disasters and three days of darkness occurred in the New World following the death of the Lord in the Old World. Then the glorified and resurrected Lord descended from heaven and ministered among the people of the New World.

“I am the light and the life of the world,” He told them, “and I have drunk out of that bitter cup which the Father hath given me, and have glorified the Father in taking upon me the sins of the world.”

Then He provided one of the most intimate experiences anyone could have with Him. He invited them to feel the wound in His side and the prints of the nails in His hands and feet, that they would know for certain that He was “the God of Israel, and the God of the whole earth, and [had] been slain for the sins of the world.”

Jesus then gave His disciples the authority to baptize, to bestow the gift of the Holy Ghost, and to administer the sacrament. He gave them the power to establish His Church among them, led by twelve disciples.

He delivered to them some of the foundational teachings He had given His disciples in the Old World. He healed their sick. He knelt and prayed to the Father in words so powerful and sacred they could not be recorded. So powerful was His prayer that those who heard Him were overcome with joy. Overcome by His love for them and by their faith in Him, Jesus Himself wept. He prophesied of God’s work in the centuries leading up to the promised advent of His Second Coming.

Then He asked them to bring their children to Him.

“And he took their little children, one by one, and blessed them, and prayed unto the Father for them.

“And when he had done this he wept again;

“And he spake unto the multitude, and said unto them: Behold your little ones.

“And as they looked to behold they cast their eyes towards heaven, and they saw the heavens open, and they saw angels descending out of heaven as it were in the midst of fire; and they came down and encircled those little ones about, . . . and the angels did minister unto them.” Such is the purity and power of God’s love, as revealed in the Book of Mormon.

In these latter days we who are privileged to have the Book of Mormon, to be members of the Lord’s Church, to have His gospel, and to keep His commandments know something of God’s infinite love. We know how to make His love our own. As we become His true disciples, we gain the power to love as He does. As we keep His commandments, we become more like Him. We broaden our personal circle of love in reaching out to people of every nation, kindred, and tongue.

We’ll sing all hail to the Prince of Peace and Love!  For He will come again. Then “the glory of the Lord shall be revealed, and all flesh shall see it together.”  As the Millennial Messiah, He will reign as King of kings, and Lord of lords.

As we follow Jesus Christ, He will lead us to live with Him and our Heavenly Father, with our families. Through our many challenges of mortality, if we remain faithful to covenants made, if we endure to the end, we will qualify for that greatest of all the gifts of God, eternal life. 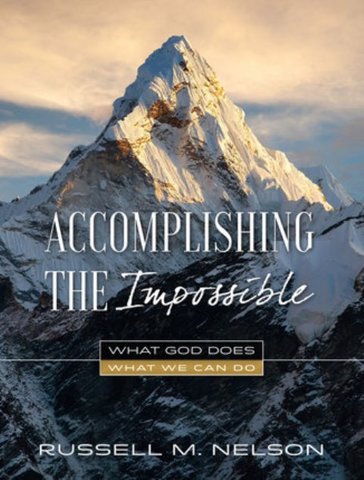 To learn more about doing hard things through faith in Christ, read Accomplishing the Impossible by President Russell M. Nelson.