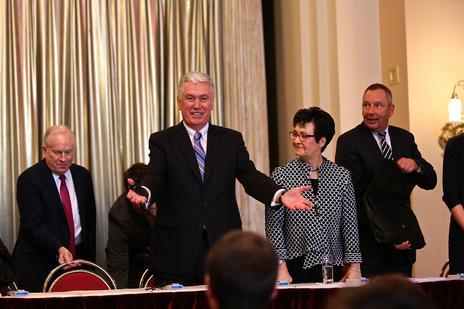 President Dieter F. Uchtdorf created the Prague Czech Republic Stake — the first stake in the country — on Sunday, May 15.

President Uchtdorf, second counselor in the First Presidency, was born in an area now called Ostrava in the former Czechoslovakia. The Ostrava Ward is part of the new stake.

In addition, one decade ago President Uchtdorf dedicated the Republic of Slovakia for the preaching of the gospel, on May 12, 2006. This took place in Trenčin, Slovakia. Among others present were G. Fred Yost, then president of the Czech Prague Mission, and the presidency of the Brno Czech District (which is now part of the new stake).

Currently there are 2,500 members in the Czech Republic, with one mission, two family history centers and 13 Church units.