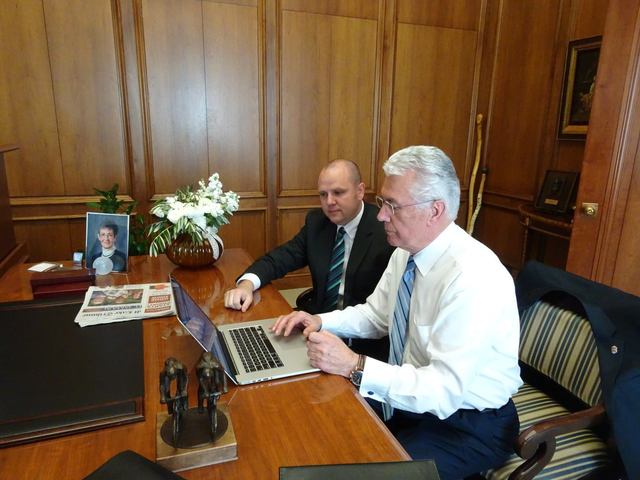 Noting that he does, in fact, read the comments on his Facebook and Twitter pages and, "Like I said during general conference, while my tech skills may not quite measure up to those of a typical seven-year-old, for a septuagenarian, I do all right," President Dieter F. Uchtdorf shared his thoughts on the comments on his social media these past few days.

Following his Saturday morning general address, President Uchtdorf asked members on October 1 via Twitter and Facebook how they show their gratitude for "...the flood of light and truth God has poured out upon you."

On Thursday, President Uchtdorf shared responses to a few of the social media posts members gave as part of his invitation:

"I was uplifted and inspired to read the comments you left.

"Sheri on Facebook shared that she keeps a gratitude journal that has helped her and her family keep perspective and light during recent times of trial.

"Also on Facebook, Marlo said that she deliberately strives to show gratitude by showing love to her little children and husband even when the “natural man” in her would prompt her to be angry, selfish, or busy.

"These are just a few of the hundreds of comments shared with me over the weekend. I am so grateful for all that you do to live your faith."