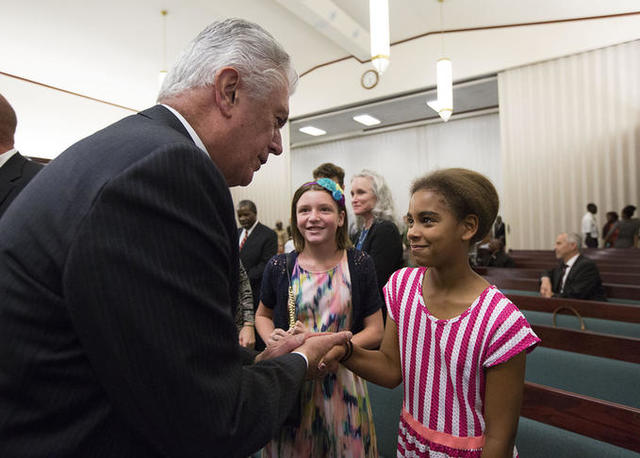 President Uchtdorf to Fellow Refugees: "The Gospel Is Home"

When President Dieter F. Uchtdorf stood to address members of the Parleys Creek Branch on Oct. 30, he spoke to them not only as fellow saints in the gospel of Jesus Christ but also as a fellow refugee.

Many members of the branch are refugees from African nations. President Uchtdorf, second counselor in the First Presidency, spoke from his heart when he told them, "I can relate to your experiences in some way."

He was a refugee twice — first as a 4-year-old boy fleeing with his family from Czechoslovakia during World War II and then as an 11-year-old escaping from East Germany to West Germany in the aftermath of the war.

President Uchtdorf and his wife, Sister Harriet Uchtdorf, visited the Parleys Creek (Swahili) Branch's sacrament meeting, during which some 90 children participated in a Primary presentation. 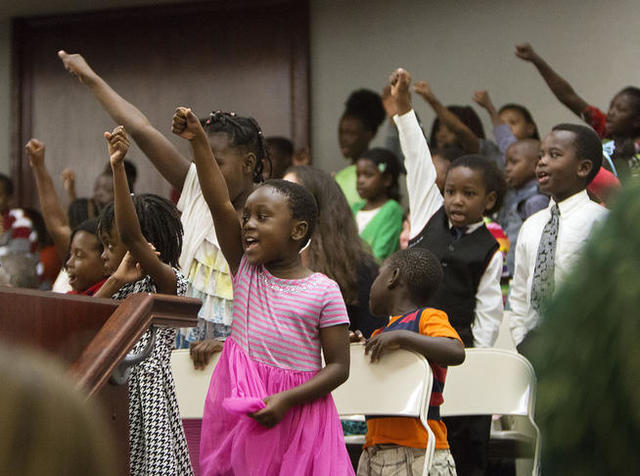