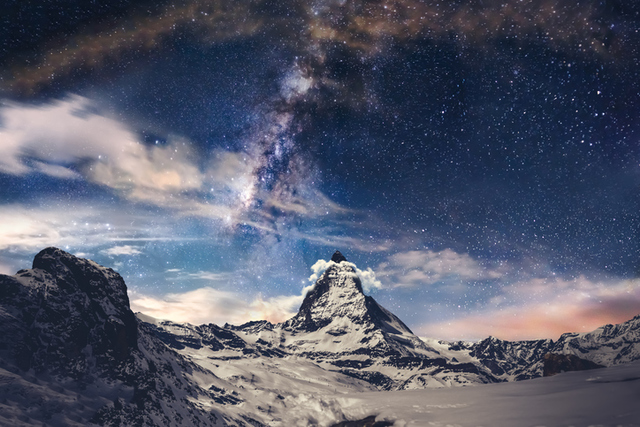 The following is an excerpt from President Russell M. Nelson's book The Gateway We Call Death.

The gateway of death may not be governed by a door as heavy and shut as it seems. It may be softly veiled by a billowy curtain or a delicate drape. The Prophet Joseph Smith referred to the "veil of death." 1 Certainly communication through the gateway between this world and the next is not closed. Prophets and apostles treat such transfer of intelligence as a very sacred matter, and rarely speak openly about it. Some disclosures have been made, however, and serve to illustrate how near we may be to those who have departed.

President Brigham Young honored his predecessor, Joseph Smith, in many ways. Perhaps Joseph's ability to blend heaven and earth would be among the foremost. President Young wrote: "I never saw any one, until I met Joseph Smith, who could tell me anything about the character , personality and dwelling-place of God, or anything satisfactory about angels, or the relationship of man to his Maker. Yet I was as diligent as any man need to be to try and find out these things.

"What is the nature and beauty of Joseph's mission? You know that I am one of his Apostles. When I first heard him preach, he brought heaven and earth together; and all the priests of the day could not tell me anything correct about heaven, hell, God, angels, or devils; they were as blind as Egyptian darkness. When I saw Joseph Smith, he took heaven, figuratively speaking, and brought it down to earth; and he took the earth, brought it up, and opened up, in plainness and simplicity, the things of God; and that is the beauty of his mission. I had a testimony, long before that, that he was a Prophet of the Lord, and that was consoling. Did not Joseph do the same to your understandings? Would he not take the Scriptures and make them so plain and simple that everybody could understand? Every person says, 'Yes, it is admirable; it unites the heavens and the earth together,' and as for time, it is nothing, only to teach us how to live in eternity." 2

Brigham Young was not the only leader to be deeply impressed with the Prophet's seership. Another contemporary penned this statement: "[Wilford Woodruff] referred to a saying of Joseph Smith, . . . That if the People knew what was behind the vail, they would try by every means . . . that they might get there, but the Lord in his wisdom has implanted the fear of death in every person that they might cling to life and thus accomplish the designs of their creator." 3

At the funeral of President Jedediah M. Grant, President Heber C. Kimball relayed extensive information that President Grant had conveyed about his visit into the spirit world. (Both President Grant and President Kimball served as counselors to President Brigham Young.) The record of President Kimball's remarks reads: "[Brother Grant] said to me, brother Heber, I have been into the spirit world two nights in succession, and, of all the dreads that ever came across me, the worst was to have to again return to my body, though I had to do it. But O, says he, the order and government that were there! When in the spirit world, I saw the order of righteous men and women; beheld them organized in their several grades, and there appeared to be no obstruction to my vision; I could see every man and woman in their grade and order. I looked to see whether there was any disorder there, but there was none; neither could I see any death nor any darkness, disorder or confusion. He said that the people he there saw were organized in family capacities; and when he looked at them he saw grade after grade, and all were organized and in perfect harmony. He would mention one item after another and say, 'Why, it is just as brother Brigham says it is; it is just as he has told us many a time.'

"That is a testimony as to the truth of what brother Brigham teaches us, and I know it is true, from what little light I have.

"He saw the righteous gathered together in the spirit world, and there were no wicked spirits among them. He saw his wife; she was the first person that came to him. He saw many that he knew, but did not have conversation with any except his wife Caroline. She came to him, and he said that she looked beautiful and had their little child, that died on the Plains, in her arms, and said, 'Mr. Grant, here is little Margaret; you know that the wolves ate her up, but it did not hurt her; here she is all right.' . . .

"He asked his wife Caroline where Joseph and Hyrum and Father Smith and others were; she replied, 'they have gone away ahead, to perform and transact business for us.' The same as when brother Brigham and his brethren left Winter Quarters and came here to search out a home; they came to find a location for their brethren.

"He also spoke of the buildings he saw there, remarking that the Lord gave Solomon wisdom and poured gold and silver into his hands that he might display his skill and ability, and said that the temple erected by Solomon was much inferior to the most ordinary buildings he saw in the spirit world.

"In regard to gardens, says brother Grant, 'I have seen good gardens on this earth, but I never saw any to compare with those that were there. I saw flowers of numerous kinds, and some with from fifty to a hundred different colored flowers growing upon one stalk.' We have many kinds of flowers on the earth, and I suppose those very articles came from heaven, or they would not be here.

"After mentioning the things that he had seen, he spoke of how much he disliked to return and resume his body, after having seen the beauty and glory of the spirit world, where the righteous spirits are gathered together." 4 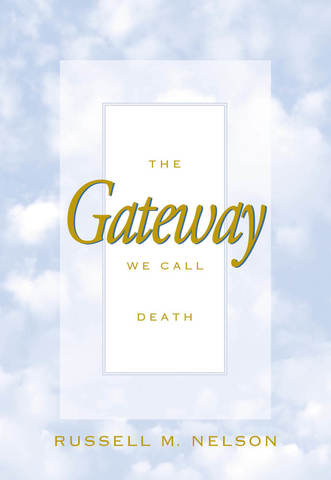 InThe Gateway We Call Death, President Nelson, a surgeon by profession and now a special witness of the name of the Lord Jesus Christ, approaches the subject of death from both a medical and a theological point of view to discuss such topics as these: The purpose of life and of death; the purpose of mourning; when death comes without warning; factors of choice, such as suicide, euthanasia, and use of mechanical means to extend life; and life after death.