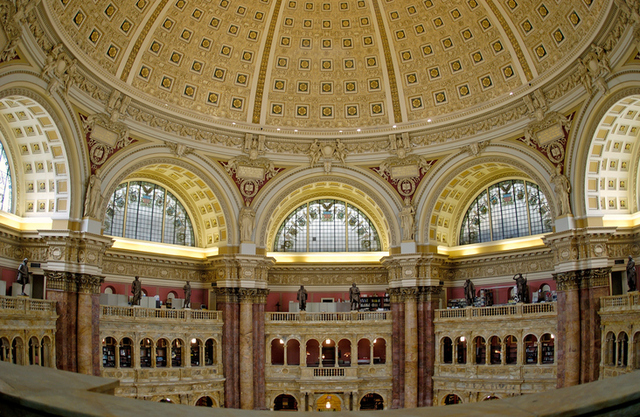 Every year, millions of tourists visit Washington, D.C., with its breathtaking monuments, vast array of American history, and the grand Smithsonian Museum. And among these wonders at the east end of the National Mall is one of the finest and largest libraries in the entire world.

► You'll also like: Library of Congress Exhibit to Feature First-Edition Book of Mormon

In 2012, the "Books That Shaped America" exhibition included a public survey for titles that may have been left out of the display. The current "America Reads" exhibit, which runs from June 16–December 31, 2016, includes 25 books the public voted from the original exhibition list, as well as the top 40 additional books nominated by the public.

The Library of Congress describes the development of the "America Reads" exhibition on their website:

"Knowing that opinions can be as varied as the number of people you ask, we urged the public to name “other books that shaped America” and to tell us which of the eighty-eight core books on our list were most important to them. . . . Thousands of readers responded with their choices. The Top 40 vote-getters for “other books that shaped America” are on display, along with the public’s top choices from our original eighty-eight selections."

While the Book of Mormon was not a part of the "Books That Shaped America" exhibition in 2012, it was voted fourth in the list of additional books nominated by the public, and a first edition copy is currently displayed in the "America Reads" exhibit in the Southwest Gallery.

Normally, the Library of Congress keeps the 1830 edition of the Book of Mormon in their Rare Book and Special Collections Division, which is open to the public if they apply for a special reader's card. They own two first edition copies of the Book of Mormon, with one currently on display in "America Reads," and another copy displayed in the Rare Book Reading Room.

► You'll also like: 13 Clean Fiction Novels Your Teen Will Love

According to a press release, other books included in the exhibit range from Dr. Seuss's The Cat in the Hat to Alice Walker's The Color Purple. Every book in the exhibit is written by an American author and was nominated for its profound effect on American history, culture, or life.

While the Book of Mormon was written by many ancient prophets, Joseph Smith translated the ancient records to English and found a way to publish the book of scripture. The Book of Mormon's influence spans across the world, but it initially played an important role in the development of the West.

Included in the books voted from the previous display are F. Scott Fitzgerald's The Great Gatsby, Mark Twain's The Adventures of Huckleberry Finn, and Harper Lee's To Kill a Mockingbird. Some of the books included in the 40 new titles voted by the public are Ernest Hemingway's The Sun Also Rises, Ayn Rand's The Fountainhead, and Madeleine L'Engle's A Wrinkle in Time.

The "America Reads" exhibition, which is found in the Southwest Gallery on the second floor of the Thomas Jefferson Building, is free and open to the public every Monday through Saturday, from 8:30 a.m. to 4:30 p.m. through December 31, 2016. 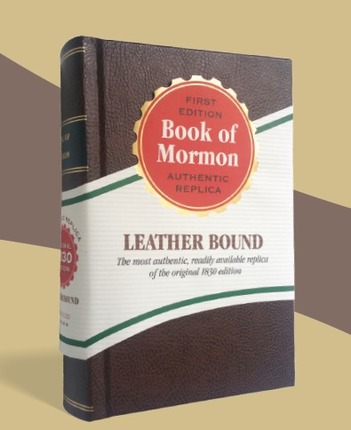 Own your own replica of the first edition Book of Mormon, available at Deseret Book.

Made with leather covers, sewn binding, original layout, and typesetting, and accurate spine artwork, own the most authentic, readily available replica of the 1830 first edition. Whether you want to read it or display it, this book is a rare treasure in old-style craftsmanship.