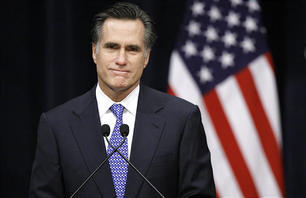 This isn't the first column you've read about the role of former Massachusetts governor Mitt Romney 's religion in the 2012 election cycle.

Given the media's fascination with the topic, it might not even be the first today. Romney's membership in The Church of Jesus Christ of Latter-day Saints is among the hottest topics at America's communal water cooler.

Stories about Romney's faith often boast polling data showing an ever-shifting percentage of voters will not vote for a candidate who is a "Mormon." Sometimes the media editorializes that wary voters surely must question how Romney's faith would affect his leadership as president. Pastors of other faiths, bloggers and conservative radio hosts have also posed the same questions.

I have friends and business associates who believe these questions about Romney's faith and how it might affect his potential presidency are unfair, unwarranted and even bigoted.