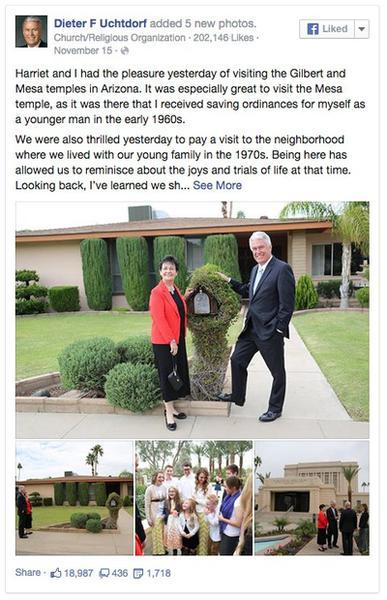 Quiz: What Do You Remember from the Apostles' Facebook Posts?

Take this quiz, and test your knowledge of messages shared on the Facebook pages of the members of the First Presidency and Quorum of the Twelve Apostles.

Which general authority chooses one grandchild to highlight each month by keeping a picture of him or her on his desk and writing him or her a letter?

Which general authority's Facebook page featured a picture of him speaking at the Ogden Institute of Religion?

a. Elder David A. Bednar

b. President Henry B. Eyring