Where You Can See Rare Documents Signed by Joseph Smith, Brigham Young Valued at $3M

MR says: Thirteen handwritten documents holding the signatures of Joseph Smith, Brigham Young, and many other prominent Church leaders valued at over $3 million were recently donated to a public library where they will be put on display.

Visitors to the University of Utah's J. Willard Marriott Library now will be able to see — and hold in their hands — historic papers signed by Mormon founder Joseph Smith, his brother Hyrum Smith, successor Brigham Young and other early LDS leaders. 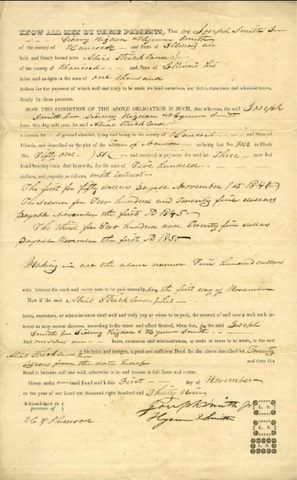 On Monday, the Salt Lake City-based school announced the library had received a donation of 13 handwritten documents — real estate transactions, letters and notes — valued at over $3 million.