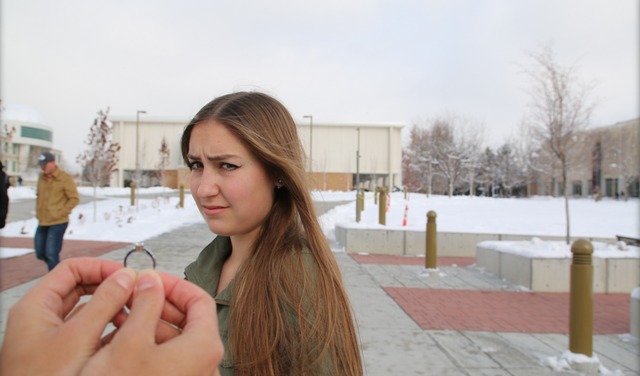 Religious Stalking at BYU: How "Revelation" About Marriage Can Turn Dangerous

It's a rather frightening but real and heartbreaking phenomenon, for both individuals involved. But, here's some wise counsel to follow:

“I believe that a lack of understanding the role and interpretation of revelation leads some well-meaning people to mistaken assumptions about what their feelings mean,” marriage and family professor, Michael Goodman, said. “It is important to remember that a prompting to pursue a relationship does not mean that the other person necessarily feels, or even should feel, the same way. Both people have a right to decide whether to pursue a relationship and to receive their own spiritual guidance as they do so.”

Victoria Brown had only been home a few months from Brazil when a returned missionary from her same mission made his move.

The man claimed God had confirmed to him that she was the girl he was going to marry. The problem? This was the first Victoria heard of it. The two weren’t even dating.

While the man pursuing Brown lived on the East Coast, he continued to contact her against her wishes via text, email and Skype while she was attending BYU.