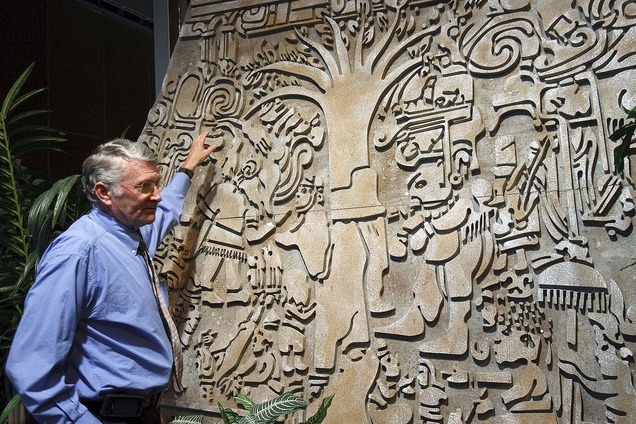 A replica of the Izapa Stela 5 — identified by a BYU scholar to be a record of the Book of Mormon "Tree of Life" vision — was unveiled Thursday at the Utah Cultural Celebration Center.

Izapa Stela 5, a flat stone known as the "Tree of Life," is one of a number of carved stones that were found in the 1930s in the Chiapas, Mexico, region along the present-day Guatemalan border.

According to a news release from the center, Stela 5 weighs about 1½ tons and contains complex imagery that researchers have identified as human figures, animals, botanical and inanimate objects, and deity masks. Different scholars have speculated that the stone records a creation myth or a "quasi-historical scene."
Read the rest of this story at sltrib.com