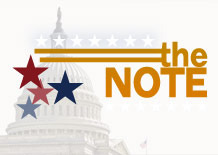 Romney: 'If you want to learn more about my church, talk to my church'

In an interview with CNN's Piers Morgan, the second part of which aired tonight on the network, presidential candidate Mitt Romney pushed back against the host's questions about how his Mormon faith might influence his policy should he win the White House in 2012.

Asked whether it's actually possible to separate his faith from his job as president should he be elected, Romney responded, "Absolutely. You don't begin to apply doctrines of a religion to responsible of guiding a nation or guiding a state."

Romney explained that he opposes abortion rights and that he is in favor of gay rights but believes that marriage should be a union between a man and a woman. Morgan pressed him on what the Mormon church says about gay rights, asking, "What is the Mormon position on homosexuality being a sin?"
Read the rest of this story at abcnews.com