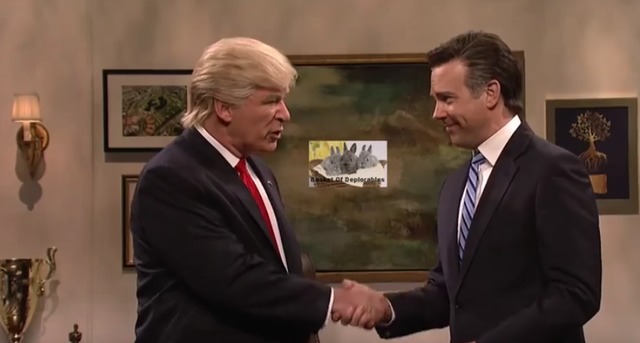 SNL Hilariously Shows What Trump & Romney's Meetings Must Have Looked Like

In just 30 seconds, Saturday Night Live captured what President-elect Donald Trump and Mitt Romney's recent meetings must have looked like, and why it would have never worked for Mitt Romney to be secretary of state.

Though Romney recently confirmed he will not be secretary of state, the position went to ExxonMobil CEO Rex Tillerson, he was very gracious in his response: "It was an honor to have been considered for Secretary of State of our great country. My discussions with President-elect Trump have been both enjoyable and enlightening. I have very high hopes that the new administration will lead the nation to greater strength, prosperity and peace."