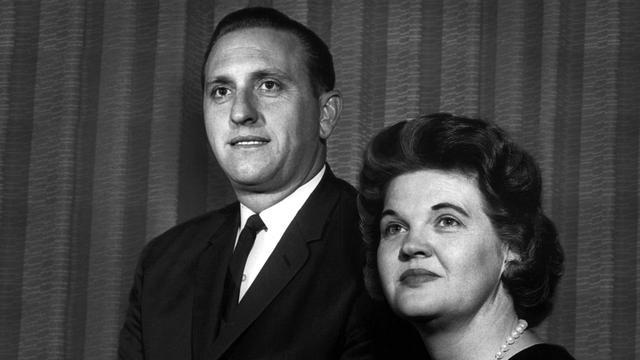 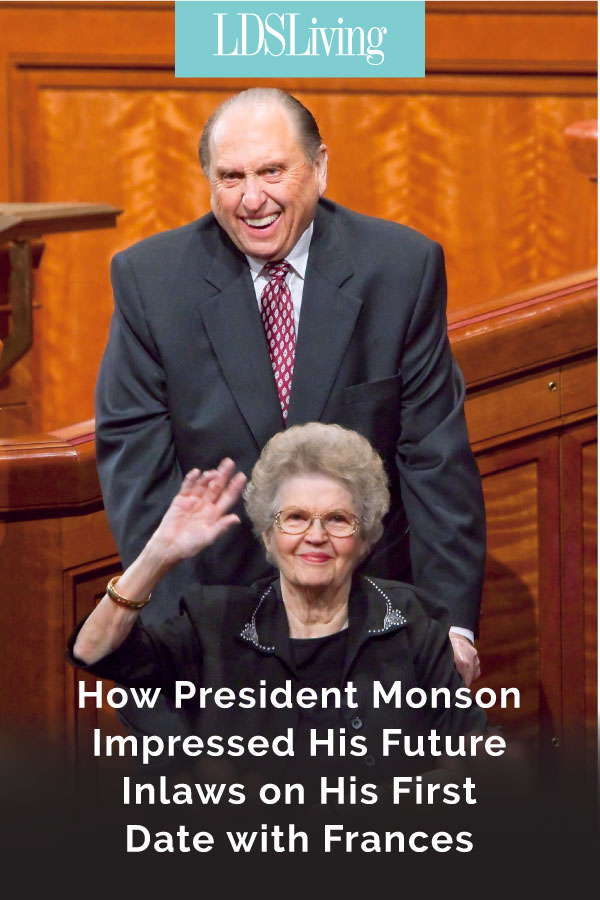 On the day of Thomas S. Monson's first date with Frances, he never expected to already have a close connection with her family that would give him an advantage to winning her heart. The following is a short excerpt from the book Courtships of the Prophets: From Childhood Sweethearts to Love at First Sight by Mary Jane Woodger & Paulette Preston Yates:

Tom and Frances grew up just a mile or two apart, but because he attended West High School and she attended East High School, the two never met—not even at the arch-rival’s sporting events. Frances Beverly Johnson was born in Salt Lake City, Utah, on October 27, 1927, the same year as her future husband. As a child she was quiet and easy to get along with. The girl Tom had first noticed at the “Hello Day Dance” laughed readily, had a host of friends, was charitable and kind, and had a great deal of empathy. Frances was just one generation away from Scandinavia; her parents were both born in Sweden. Though her name was Johnson, Tom did not realize she was Swedish when he first met her—but he found out about her Swedish ancestry when he picked her up for their first date.

The homes that Tom and Frances grew up in were divergently different. The home of G. Spencer and Gladys Condie Monson was filled with children and thus with noise and activity. “His siblings were gregarious and everyone was part of the action. On the other hand the Johnsons lived on the east side of town in a culture of propriety and dignity.” As Tom called on his future wife, Frances, for their first date, he was met by her parents, Brother and Sister Johnson, dressed in their Sunday best to greet him. Upon learning his name, Brother Johnson said, “Monson—that’s a Swedish name!”

At that, the man went to his bedroom to retrieve a photo from the dresser. It was an old picture of two missionaries with the names written at the bottom. One of the names was Elias Monson.

Pointing to the missionary, Brother Johnson asked, “Are you related to that man?”

After looking at the picture, Tom answered, “Why, yes, that’s my grandfather’s brother.”

With tears in his eyes, Brother Johnson explained that Tom’s uncle Elias was one of the missionaries who had taught and converted him, his parents, and his brothers and sisters in Sweden many years before. Then, much to Tom’s embarrassment, Frances’s father threw his arms around his neck and hugged him, and Frances’s mother followed suit. As Frances went to get her coat, Tom knew he had “halfway won the hand of the Johnsons’ daughter.”

Courtships of the Prophets allows readers a captivating look into some of the most cherished memories of the prophets — the earliest moments of romances that endured a lifetime. From the sweet recollections of first encounters to the tender love letters of youth, this volume portrays the histories of some of our latter-day prophets as never before in a heartwarming collection of reminiscences that truly evokes the magic of happy endings. Available at Deseret Book stores or on deseretbook.com