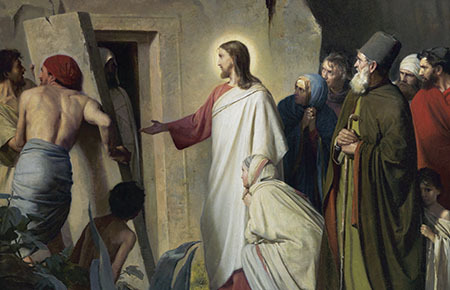 Divine Attributes of Jesus Christ: Powerful and Full of Glory

The scriptures teach us that Jesus Christ “received all power, both in heaven and on earth, and the glory of the Father was with him” (D&C 93:17). Elder M. Russell Ballard of the Quorum of the Twelve Apostles said that by this power our Savior created the heavens and earth, performed miracles, and endured the pain of Gethsemane and Calvary. As we come to understand this, our faith in Christ will increase, and we will become stronger.

As we make and keep temple covenants, the Lord blesses us with His power. Linda K. Burton, Relief Society general president, said: “Covenant keeping strengthens, empowers, and protects. … I recently met a dear new friend. She testified that after she had received her temple endowment, she felt strengthened with power to resist temptations.”

Read the rest of the September 2015 visiting teaching message.

Supplemental Material:
Think more about the power of the Savior the Savior by learning the story behind Greg Olsen's "Worlds Without End" 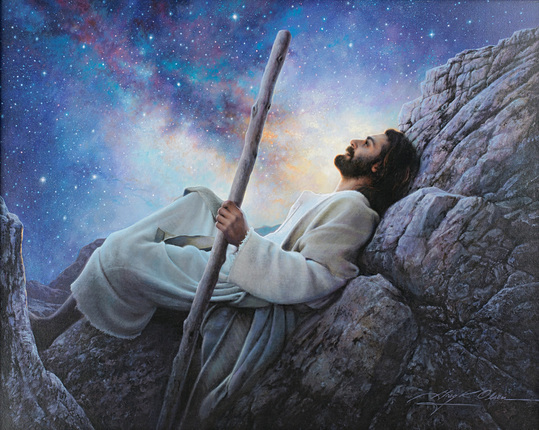 Reading: Read Elder Ballard's April 2013 talk, "This Is My Work and My Glory"

A few weeks ago, on a cold, dark winter’s night, my wife, Barbara, and I looked in awe up at the sky. The millions of stars seemed exceptionally bright and beautiful. I then turned to the Pearl of Great Price and read again with wonder what the Lord God said to Moses: “And worlds without number have I created; and I also created them for mine own purpose; and by the Son I created them, which is mine Only Begotten” (Moses 1:33).

In our day the Hubble deep-space telescope has confirmed the magnitude of what Moses saw. Hubble scientists say the Milky Way galaxy, of which our earth and sun are just a tiny part, is estimated to be only one of over 200 billion similar galaxies. For me it is difficult to comprehend, impossible to fathom, so large and so vast are God’s creations.

Brothers and sisters, the power by which the heavens and earth were and are created is the priesthood. Those of us who are members of the Church know that the source of this priesthood power is God Almighty and His Son, Jesus Christ. Not only is the priesthood the power by which the heavens and the earth were created, but it is also the power the Savior used in His mortal ministry to perform miracles, to bless and heal the sick, to bring the dead to life, and, as our Father’s Only Begotten Son, to endure the unbearable pain of Gethsemane and Calvary—thus fulfilling the laws of justice with mercy and providing an infinite Atonement and overcoming physical death through the Resurrection.