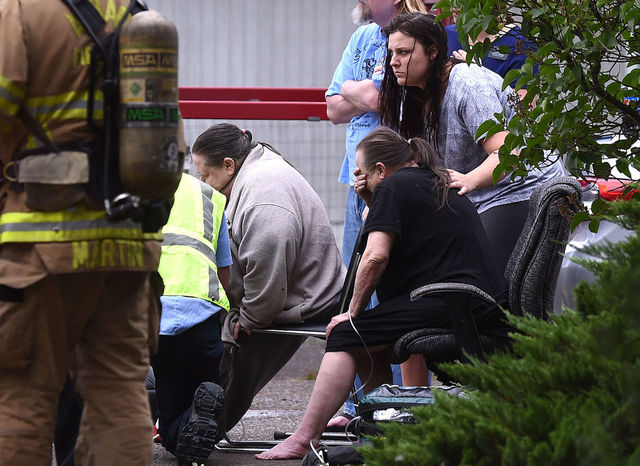 On most Monday mornings, Sister Jana Shumway from Lehi, Utah, and Sister Heather Munford of North Odgen, Utah, are out of their apartment in Albany, Oregon, before 10 a.m., spending their preparation day getting groceries and preparing for the next week.

But on Monday, June 13, 2016, they happened to get a later start than usual— a small fact that ended up saving the lives of two women.

At 10:10 a.m.their apartment began to fill with smoke. "It was more smoking than flames, but it was pretty bad smoke,” Sister Shumway told the Democrat-Herald. Then, Sister Shumway heard yelling from the two older women who lived next door.
The sister missionaries quickly went to their neighbors to help them escape the blaze, but they struggled to get both women out on their own. Just then, a passerby in a car pulled over and rushed in to help. She grabbed one of the older women, carrying her to safety while the sister missionaries helped the other woman escape.

“It really was a blessing for that lady to be here,” Sister Shumway told the Democrat-Herald. “It was all a blessing. Everyone’s okay and that’s the biggest thing."
The Albany Fire Department and Police Department both responded to the scene, and though one woman was taken to the hospital in an ambulance, no one was seriously injured. The cause of the fire is still under investigation, but Sister Munford recognizes that "Everything that happened was a miracle.”

Lead image from the Democrat-Herald.