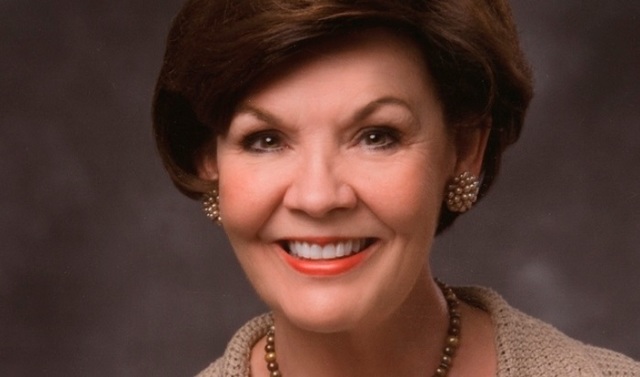 Older single persons often find themselves the center of great attention and affection as loving and caring relatives seek to cajole, humor, goad, and provoke them toward marital union, not realizing the lack of available compatible mates. These efforts are made out of genuine love and concern, but often they only increase our sensitivity to our single condition.

Monica, my neighbor, noted that when her darling older brother turned 35 and was not married, her family became nervous. Among Latter-day Saints, not being married becomes a family affair. It isn’t enough that singles agonize for themselves, but every relative seems affected by their single state. Mothers are concerned for their daughters and cry for their unborn grandbabies. Fathers become anxious for their daughters with no one to care for them. Men who are single are often interrogated about whom they are dating and how the relationship is going. When someone in a family does not marry, the entire family can become apprehensive for the future of that person. There is a general uneasiness that something is not quite right.

Parents play such an integral part in their children’s lives. Their influence and opinion are paramount in the lives of their offspring. The very first sentence of the Book of Mormon testifies of their impact: “I, Nephi, having been born of goodly parents, therefore I was taught somewhat in all the learning of my father” (1 Nephi 1:1). . . .

► You'll also like: Are Single Latter-day Saint Men Really a "Menace to Society"?

I know from personal experience as a daughter who deeply loves her parents how frustrated and inadequate I felt I was in their eyes because I did not marry in the time that they expected. All my three younger sisters had been married for years before I was. My singleness was only one fact about me, but in my family it seemed to have become the dominant fact. My parents felt my pain and mirrored it back to me and even intensified it—which was never their intention.

Nothing was ever said about my singleness. Quite the opposite, in fact. My parents loved me, included me, gave me gifts, and invited me to dinners and to accompany them on vacations. They would laud my accomplishments and compliment my achievements and notice my clothes. Yet, I sensed an unspoken distress over my future happiness and security. This, in fact, was confirmed when I met my husband. My parents shed tears of relief. They were so comforted by my marriage and not just because my husband is an Apostle. I could have married any righteous man. They just desired for me to have a companion and friend who would watch over me.

Though I was caught up in the delirium of happiness every bride experiences, I was also more than a bit dismayed by their relief because I thought my single life had been quite wonderful. I had supported myself well, I had worked worldwide, I had a life rich in adventure and goodness. There was a part of me that wished they had celebrated and respected my single life as much as I did myself. I did not want them to discount how significant and important that part of my life had been to me.

It was only natural for my parents to have concern for me. Parents in The Church of Jesus Christ of Latter-day Saints are commanded by their Father in Heaven to watch over and instruct their children: “For this shall be a law unto the inhabitants of Zion. . . . And they [parents] shall also teach their children to pray, and to walk uprightly before the Lord” (D&C 68:26–28).

Parents are commanded to teach their children the ways of the Lord so they can govern themselves. The fruits of such faith and living are celestial marriage and family, but sometimes those fruits seem late in coming. They may not come in this life. I would never wish for parents to mourn or worry because a child is not married. I believe parents are not primarily responsible for the marriage of their children, for parenting is done in conjunction with Heavenly Father. Remember how much He loves us and that He is there to help parents with their children.

Sometimes only by letting go of our children do they grow. . . . Our experiences, positive or negative, do not have to keep us from building a happy marriage.

The greatest expectation of our Heavenly Father is that parents teach their children to love and honor Him. The Lord is pleased with our devotion to Him, no matter what our marital status. That belief is confirmed to me by the following scripture: “For my soul delighteth in the song of the heart; yea, the song of the righteous is a prayer unto me, and it shall be answered with a blessing upon their heads” (D&C 25:12). The Lord doesn’t say only good singers or opera performers please Him; He gives His promise to “the righteous.” The quality of our faith and the condition of our hearts are what is important, whether we are married or not. Our real worth is as children of a Heavenly Father who loves us. . . .

A mother who watched her daughter, a never-married young woman of thirty, becoming discouraged and bitter over her single state, asked me for counsel. The mother confided, “I have been telling her she will receive her blessings if she is just patient. I want to counsel her with truth, and I am just not ready to tell her she may not marry.”

I told the mother, “Listen to your daughter and try to understand her feelings. Tell her that all will be well and to never give up hope. Our responsibility is just to do our part. The Lord is going to give us the life that is best for us. One way or the other, it is not going to be easy.”

During a seminar I met another concerned mother and her lovely single daughter in her mid-thirties. The mother shared with me that male relatives in the family were almost insistent that this young woman was denying herself marriage because she was simply too picky about a prospective husband. The mother told me privately, “I would worry about her too except she is so devout and steady and righteous. She reads her scriptures, prays, does service, attends the temple, and is active in the Church. She is just the perfect daughter. I believe she is close to the Spirit and is making correct decisions.”

The mother asked me, “What do you think? Did other opportunities present themselves to you? How did you wait? How did you know whom to marry?”

My reply to her is the reply I would make to every single person: Follow the Spirit. Marriage is the most important covenant you will ever make. When I seriously considered others before I met my husband, something always obstructed the relationship; it somehow wouldn’t work. When I prayed and fasted in other situations, sometimes I felt nothing, sometimes I felt confused, and sometimes I felt overcome with sadness. With those other dating opportunities, I always felt I would be settling for someone not completely right for me—even if he was a wonderful individual. When I met and began dating Elder Oaks, it was a most peaceful and pleasant experience. It was not hard or traumatic. I loved him and respected him. You should only consider marriage with someone that you love and respect with all your heart. Anything less will be inadequate eternally.

Never let the opinions and pressure put on you by others unduly influence your choice of a marriage partner. The most important choice we make in eternity is whom we marry. Elder Bruce R. McConkie said it so memorably: “I believe that the most important single thing that any Latter-day Saint ever does in this world is to marry the right person, in the right place, by the right authority; and that then—when they have been so sealed by the power and authority which Elijah the prophet restored—the most important remaining thing that any Latter–day Saint can ever do is so to live that the terms and conditions of the covenant thus made will be binding and efficacious now and forever.” That choice is personal and sacred.

Read more from Sister Oaks on this topic in her book A Single Voice, available at Deseret Book stores and on deseretbook.com.

Makes You Think Faith Single Family LoveFaith,Single,Family,Love,Makes You Think
Comments and feedback can be sent to feedback@ldsliving.com