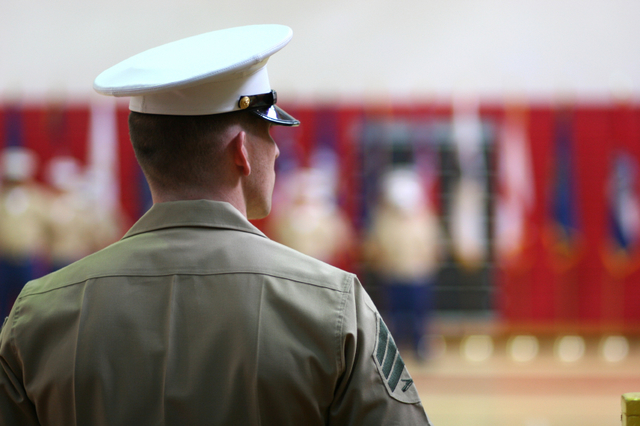 Struggling LDS Veteran with PTSD Removes Shoes, Gives Them to Man Who Has None

MR says: Learn more about John and his remarkable conversion to the gospel and how, even in his struggle fighting against PTSD, he sees the needs of others and doesn't hesitate to reach out and help.

Jon M. is all he wants to be known by. That’s what he told me when he agreed to tell his story of being in Iraq and returning home with post-traumatic stress disorder (PTSD).

Jon is loud and large. He’s not afraid to say what’s on his mind, which sometimes gets him into trouble. His brazen personality and foolish decisions got him into trouble in the U.S. Army. Prior to his first tour to Iraq, he drank too much and vomited all over his first sergeant’s desk.

During his first firefight in Iraq, Jon would change forever. He held down the trigger of a .50-caliber machine gun and started screaming at the six or seven insurgents who were trying to kill him.

“I wanted them to know I was crazy,” he told me.