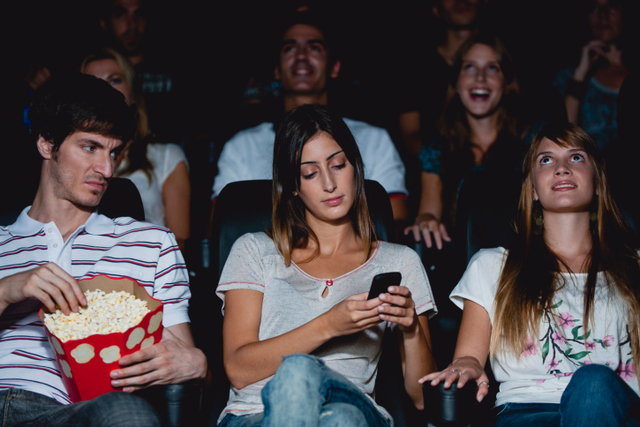 Studio C: Why You Should Never Text in Movie Theaters

We all know the feeling. We're at the theater, engrossed in the world of cinema, when it happens. And it always happens at the worst time.

Perhaps it's a mystery, and the murderer's identity is about to be revealed. Perhaps it's a sports flick, and the scrappy underdog squad is in the closing seconds of its final game. Or perhaps it's a Nicholas Sparks movie, and Rachel McAdams is about to share a first kiss with her generic love interest. You're lost in the story, and then, just as the climactic moment arrives, the screen display or ringtone of some inconsiderate filmgoer interrupts your cinematic nirvana.