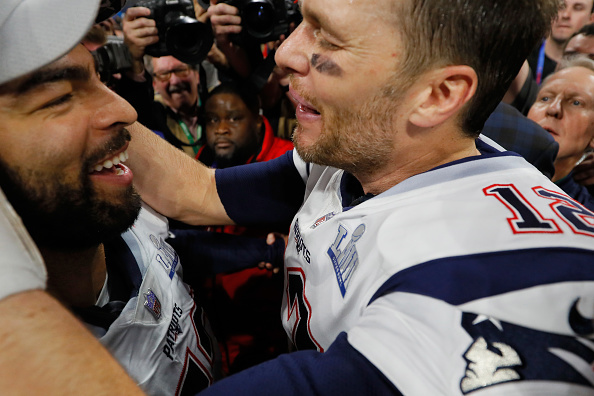 Latter-day Saint and two-time Super Bowl champion Kyle Van Noy has enjoyed his fair share of media coverage since Super Bowl LIII when his 14-yard sack on Los Angeles quarterback Jared Goff and rock-solid defense contributed to the Patriots holding the Rams to only three points in the lowest scoring game in Super Bowl history.

In fact, some of that media coverage caught the eye and praise of Van Noy's teammate Tom Brady, who has more Super Bowl rings and MVPs than anyone in history.

After Van Noy posted about his upcoming pizza review on Instagram, Brady replied, "Love my Mormons!!!!!"

A former BYU player, Van Noy has often been vocal about his faith. In fact, on Super Bowl game day, Van Noy posted, "I was blessed with a second chance when I was younger! It’s moments like these that make me so grateful to be where I am today. Don’t give up on your dreams and remember the man upstairs is always with, even when its the darkest times."

This isn't the first time Brady has made waves on social media among members of The Church of Jesus Christ of Latter-day Saints.

In March 2017, Brady shared on Instagram the message, "Our bodies are our temples and you get out of it what you put into it."

While the teaching that our bodies are temples is not unique to Latter-day Saints (1 Corinthians 6:19 shares this same truth), there's no doubt this comment turned many heads within the Latter-day Saint community since we put an added focus on this teaching through the Word of Wisdom and our love of temples.

In fact, it's highly likely Brady learned about this teaching from his personal trainer and close friend Alex Guerrero, who is a member of The Church of Jesus Christ of Latter-day Saints.

Though Brady does not adhere to a specific religion, he is spiritual and pulls his beliefs from a number of religions. But there is no doubt that Guerrero and his beliefs about health and the power of the human body have impacted Brady's life. Before the 2015 Super Bowl, The New York Times shared, “Guerrero is his spiritual guide, counselor, pal, nutrition adviser, trainer, massage therapist and family member [to Brady]. He is the godfather of Brady’s younger son, Ben. He accompanies Brady to almost every Patriots game, home and away, and stands on the sidelines. He works with Brady’s personal chef to put together optimally healthful menus; he plans Brady’s training schedule months in advance."

Maybe Guerrero was one of the people Brady was referencing in his comment—or maybe the quarterback's comment was directed at each of us.