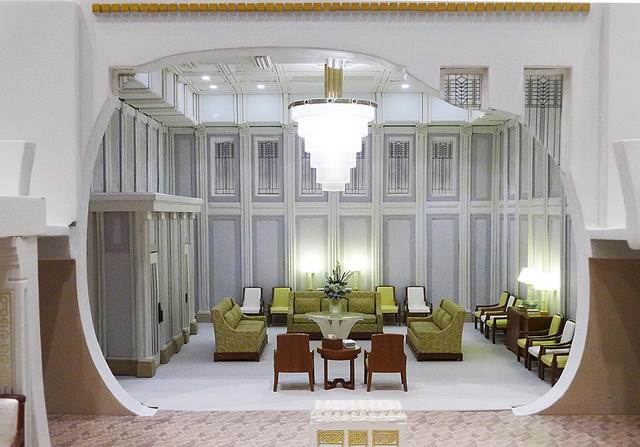 Millions of curious people around the world who previously only had the chance to tour inside new or renovated temples of The Church of Jesus Christ of Latter-day Saints before they were dedicated during brief open house periods, can now “look inside” a spectacular new cut-away model put on permanent display in the Laie Hawaii Temple Visitors’ Center.

Elder Stephen B. Allen, director of the visitors’ center, noted a team of artisans spent over eight months building the highly detailed model on the US mainland. After disassembling and shipping it to Hawaii, they spent more than another week reassembling the model.

“This is a rare opportunity to ‘see’ inside this building, and most importantly, to learn why temples are so important to members of The Church of Jesus Christ of Latter-day Saints,” Elder Allen said. “Our most sacred experiences and our most binding promises are made to God in our temples, uniting us eternally in God’s Kingdom.”

Mormon Life Hawaii TemplesHawaii,Temples,Mormon Life
Comments and feedback can be sent to feedback@ldsliving.com