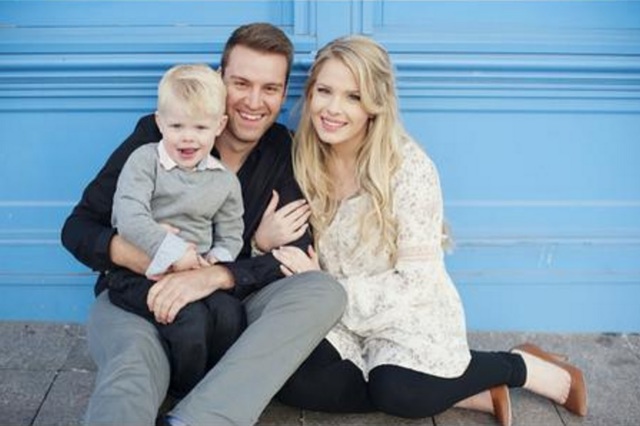 What a sweet story of how true love can be found in the most unexpected ways and how God blesses all of us with second chances.

Paige Thunell sat beside the tub in her Alpine, Utah, home after a long day at work, watching her 3-year-old son play with his bath toys.

Feeling overwhelmed, Thunell remembered the Mormon Channel's #WhereIAm campaign. She snapped a picture of her son's wrinkled feet and posted the image on Instagram: "Single mother, struggling to find peace amidst chaos, balance between responsibilities. #WhereIAm."

Nearly 30 miles away and two weeks later, Lee Essig, a student at Brigham Young University from Centerville, Utah, found himself scrolling through his Instagram feed. Skimming most posts, Essig was struck by a repost from the Mormon Channel displaying a photo of a boy's feet. Essig was moved by the raw emotions in the caption.

"It was very gripping to me because it was so real," Essig said. "She wasn’t trying to paint a picture that everything was perfect."